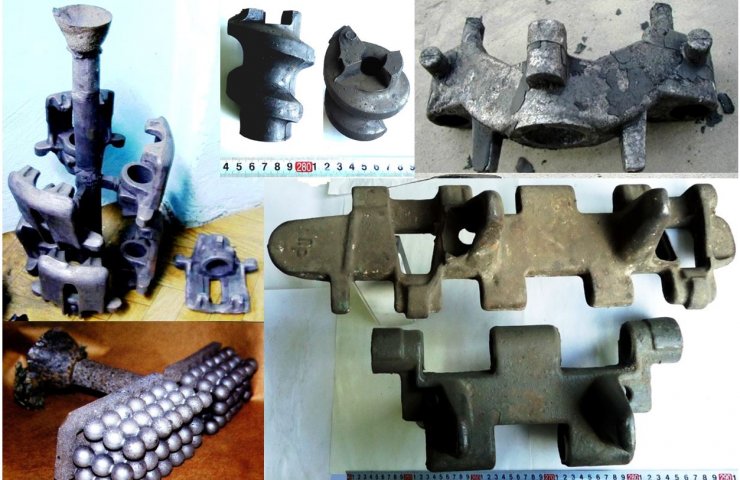 Foundry is the main procurement base for mechanical engineering, without the modernization of which it is impossible to develop the main branches of the domestic industry. The growth of mechanical engineering proportionally increases the consumption of castings, in 2016 about 104.4 million tons of castings from ferrous and non-ferrous alloys were produced in the world, including 3.8 million tons were produced in Russia. At present, Russia ranks sixth in the world for the production of castings after China (45%), the USA (11%), India (10%), Germany (5%) and Japan (5%), Russia (4%), the rest countries (20%).

Domestic production of cast billets continues to decline and is at a low level due to purchases of imported equipment, castings and products in which the weight of cast parts is from 30 to 70%, to the detriment of the interests of domestic manufacturers.

The more a country produces castings, the more it produces machines and mechanisms, and vice versa. Up to 80% of metal casting is obtained in sand molds (including special types of casting), which keeps the development of the casting mold technology up to date, taking into account the growing environmental requirements. In the foundry, the most accurate castings can be produced using one-off models. If one-time molds are used when casting into sand molds, now they are pouring according to one-time models made of foam. They look like TV packaging, or a one-time food plate, which are massively stamped on automatic machines, and the outer walls of houses are insulated with expanded polystyrene plates.

Using the same technology (as for packaging) for a series of castings, models are produced by blowing expanded polystyrene granules into aluminum molds (multi-cavity for small models), followed by foaming the granules by heating the molds for about 3 minutes. For one-time and large castings (weighing up to several tons), models are cut from foam plastic plates with a heated nichrome wire according to templates or on breadboard milling machines (3D mills). The model and the casting obtained on it have high accuracy and competitive presentation.

You can freely see the volumetric prototype of the casting in the model, measure its walls, which cannot be done with conventional molding for complex castings with several cores. A foam model is 300 times lighter than cast iron; you pick up the model as if you were holding a void, which then turns into metal. Usually foundry workers are not used to this, the stereotypes laid down at the institute do not allow them to see new casting possibilities. Foam models are coated with paint with refractory powder, glued to a sprue, covered with dry sand in a box (container) and filled with metal. When pouring, the metal vaporizes the model and replaces it with itself. So that the model does not smoke into the workshop when filling, gases are sucked from the container with a pump - the vacuum is maintained at about half an atmosphere (a household vacuum cleaner gives up to 0.3 atm). There is no stench of burnt binders, no gaps along the mold connector (no connector) and displacement of rods and molds during assembly, since there are no rods themselves with all the problems of their production and knocking out.

Production areas: model, molding , smelter, treatment plant are equipped with simple equipment. All molding consists of backfilling the models with dry sand on a vibrating table (without massive high-precision pressing machines, shaking, mold assembly, pneumatic rammers, runners). The focus has shifted to the production of models - these "lightest white toys" with a density of about 25 kg /m3. Models consist of approximately 97.5% air and 2.5% polystyrene, such production is usually "trusted" by women, placing the model areas on the second and higher floors of buildings. Labor like packaging displaces the image of the foundry as a small mine.

Reverse cooling of sand after pouring out of the molds is carried out in pass-through coolers - in a pneumatic flow or drum, as a rule, they are mounted with hoppers outside the workshop (sand is not afraid of frost). For ferrous and non-ferrous alloys, the same domestic equipment is used (in contrast to traditional molding with a binder, when high-quality equipment is usually imported). This is how castings of all kinds of iron and steel, bronze, brass and aluminum of all grades are obtained. Dozens of castings are poured into a box on a “Christmas tree or bush”, just like in jewelry production.

Workshops and sites with this flexible technology are rapidly multiplying all over the world - from America to China, in auto and instrument making, Ford Motors, Fiat, General Motors, etc., several hundred patents for inventions - and the flow is growing. Today in the world, ~ 2 million tons /year of castings are produced using it, forecasts for the near future give this technology 10-20% of world casting. Institute FTIMS, Kiev, designed the equipment and launched a number of workshops at the sites.

Low costs for modeling and molding materials (for 1 ton of suitable casting, four types are consumed: quartz sand - 50 kg, non-stick coatings - 25 kg, expanded polystyrene - 6 kg and polyethylene film - 10 sq. m., no binder in the sand) save at least $ 100 /t of casting, and