World Bank: Commodity prices to remain at historic highs through 2024

A World Bank Group spokesman said the war in Ukraine has dealt a severe blow to commodity markets, changing global patterns of trade, production and consumption so that prices will remain at historically high levels until the end of 2024. 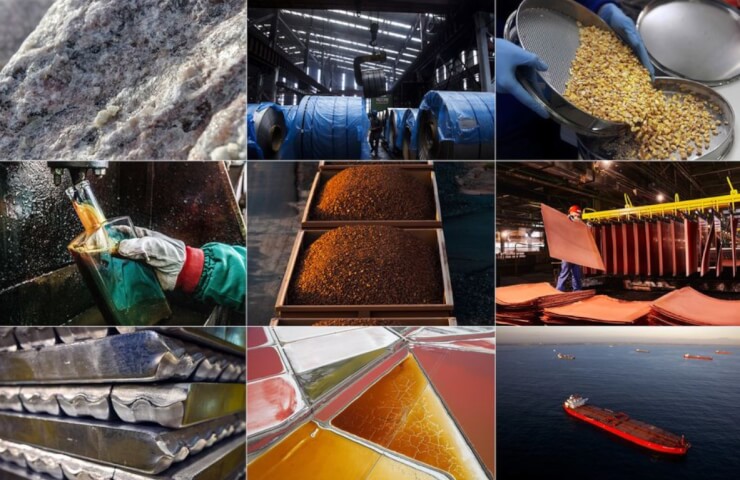 Peter Nagl, Senior Economist at the World Bank Group, noted the surge in commodity prices following the invasion of Ukraine: “This largely reflects the fact that both Russia and Ukraine are major commodity exporters. But even before that, we saw commodity prices rise as the economy reopened after lockdowns during COVID-19.”

“Now we see a large-scale rise in prices not only for energy, but also for food. This will have serious economic and humanitarian consequences,” he added.

In 2023, the price is expected to drop to $92, well above the five-year average of $60 per barrel. Natural gas prices (European) in 2022 will be twice as high as in 2021, and coal prices will rise by 80 percent, both of which will reach historical highs.

According to the forecasts of the World Bank Group, a 40 percent increase in the price of wheat is possible in 2022, which reflects the importance of Russia and Ukraine as exporters. Together they account for about a quarter of world wheat exports. Exports from Ukraine were particularly affected by the war. The growth of these prices is very relevant for the countries of the Middle East and North Africa, as they receive a significant part of their wheat from Russia and Ukraine.

“For the average consumer, this means rising prices at gas stations, as well as in grocery stores. For the poorest families, this is especially bad, as they spend most of their income on food and energy and are therefore particularly vulnerable to such changes,” emphasized Peter Nagl.

Финансовая аналитика, прогнозы цен на сталь, железную руду, уголь и другие сырьевые товары. More news and analytics on Metallurgprom telegram channel - subscribe to get up-to-date market information and price forecasts faster than others.
Сomments
Add a comment
Сomments (0)
On this topic
The World Bank will lend Ukraine $ 300 million to overcome the consequences of the pandemic
The world Bank has provided Ukraine a loan of $ 350 million
The UK economy is shrinking at the fastest pace since the financial crisis
Russian invasion of Ukraine could cut global economic growth by 1 percent
The World Bank lowered its forecast for global GDP growth by a percentage point due to the war in
World Economic Forum economists named the main threats to the global economy
Recommended:
Chinese steel mills to suspend several production lines in August
Electricity prices put Sweden before a choice between steel smelting and cryptocurrency mining
The strategy for the development of Russian metallurgy will be "quickly approved" in the Kremlin - Dmitry Peskov
News Analytics
India prepares to lift export duties on steel09-08-2022, 08:34
Russian metallurgists will need more than 10 years to replace imports of key09-08-2022, 07:23
China reduced steel exports in July by one million tons or 12%08-08-2022, 17:41
World steel prices have moved from a protracted fall to growth08-08-2022, 16:27
Ferrexpo's net profit in the first half of the year decreased by 88%03-08-2022, 10:20
The US market may begin a collapse in prices for thick sheet14-07-2022, 09:39
High iron ore shortage could halt metallurgy's green transition28-06-2022, 14:02
Price volatility hits global steel market27-06-2022, 19:28
Recovery in China could be key to rising global steel prices - MEPS24-06-2022, 14:00
Conflict in Ukraine spurs Europe's drive for clean energy03-06-2022, 12:14
Sign in with: