Mining operations in Goa have been suspended since March 2018, and work is not expected to resume anytime soon due to delays in court decisions regarding the redistribution of mining leases in the state. 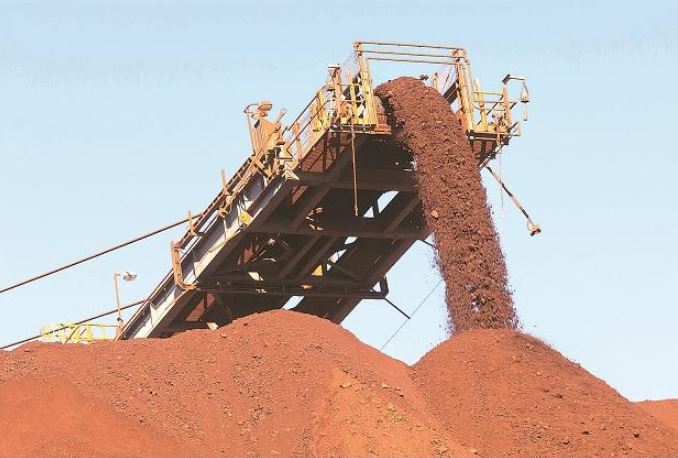 India's exports of iron ore pellets to China's largest buyer fell between April 2018 and March 2019, but gained new markets in Europe. The country has also expanded sales to South Korea and Malaysia.

Indian pellet exports have skyrocketed since 2016 following the accident at Vale's tailings dam in Feijao and the closure of the Samarco mine in Brazil at the end of 2015, exacerbating the global pellet supply crisis, leading to increased sales of Indian iron ore to Europe and South Korea.

India's small lump concentrate exports fell 54 percent in 2018-19 to 6.78 from 14.86 million tonnes in 2017-18, mainly due to the suspension of production in the coastal state of Goa, which is a major exporter low grade ore to China. Mining operations in Goa have been suspended since March 2018, and work is not expected to resume anytime soon due to delays in court decisions regarding the redistribution of mining leases in the state.

Recommended:
Scrap metal collection in Ukraine in the first half of the year increased by almost one and a half times
A worker was fatally injured at the Dnieper Metallurgical Plant
Obninsk research and production enterprise Rostec showed a new metal-optical coating
On this topic
The profitability of Indian metallurgists will be reduced by 5 percent
Vale partially halts operations at Brazil's second largest mine
Chinese imports of iron ore fell to three-year low
Indian KIOCL will sell iron ore pellets to Europe
Brazilian Vale and China CCCC jointly invest in steel plant
Japan's Mitsui Cuts Annual Profit Forecast, But Keeps Its Stake In Vale
Partner news
Сomments
Add a comment
Сomments (0)
News Analytics
Ukroboronprom confirmed the intentions of Antonov State Enterprise to start25-07-2021, 11:15
Gazprom reacted to the refusal of Naftogaz of Ukraine to buy Russian gas with25-07-2021, 11:00
Iron ore has become a strategically important raw material for defense -24-07-2021, 11:06
Vietnam overtook Ukraine in the world ranking of steel-producing states24-07-2021, 11:38
Port "Yuzhny" has set a record for the speed of loading pig iron on a ship24-07-2021, 10:10
On the regional markets of metallurgical products, prices are balancing in a22-07-2021, 16:22
Demand for armaments will ensure a stable growth of armored steel sales by 4%20-07-2021, 10:10
Protectionist Measures Support European Steel Prices Despite Summer Lull19-07-2021, 11:02
Positive price growth is observed in the markets for metallurgical products16-07-2021, 14:12
European steel market is in confusion: price growth has slowed down, but no one21-06-2021, 17:40