China has developed a grand space program, intending to become a leader beyond Earth 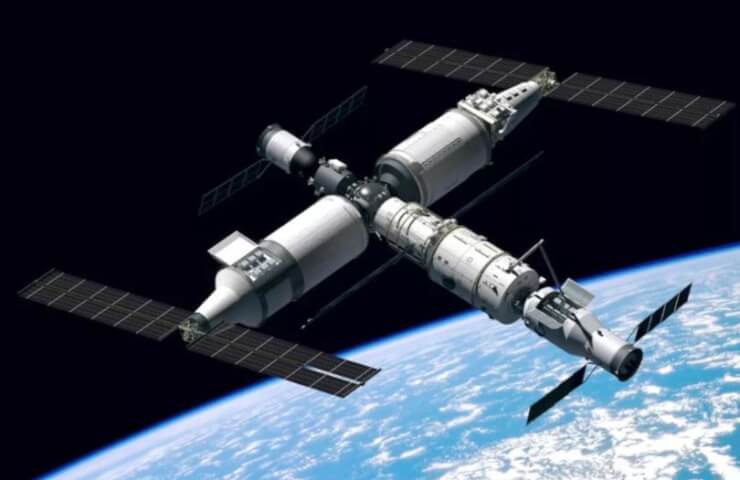 The National Space Administration of China is preparing to launch two new space station modules, named Wentian and Mengtian, on separate Long March 5B rockets in the coming months.

The modules will dock with the Tianhe main module launched in April 2021 to complete the Tiangong T-space station before the end of the year.

The two modules weigh over 44,100 pounds (20,000 kg) each and are primarily intended for scientific experiments. Wentian also has new EVA airlocks and will also add a second, smaller robotic arm to the space station.

The large robotic arm on the Tianhe will grab and move new modules into place after they dock with the Tianhe.

“Once the T-structure is formed, we will fully test the functions and performance of the space station as a whole. We estimate that the space station will enter the operational phase at the end of the year,” Bai Linhou, Space Station. deputy chief system designer of the China Academy of Space Technology (CAST), told CCTV.

The Wentian, or Experimental Module I, will serve as a back-up to the main Tianhe module to improve the reliability and redundancy of the space station.

According to the China Aerospace Science and Technology Corporation (CASC), China plans to launch 140 spacecraft in 2022 over 50 launches. In 2021, CASC launched 48 Long March rockets.

There is also good news for the crew of the ongoing Shenzhou 13 mission. Astronauts Zhai Zhigang, Wang Yaping and Ye Guangfu will make the first "fast" return to Earth in Shenzhou, which means the crew should land just a few hours after undocking from Tianhe. rather than spending 24 hours or more aboard your Shenzhou return capsule.

Shenzhou 13 was launched on Long March 2F from Jiuquan Space Center on October 16, 2021. Another Long March 2F, the 14th in the series, was in a state of almost full readiness in case of an emergency on board the Tianhe.

Assuming the Shenzhou 13 mission is completed safely, around March or April, the 14th Long March 2F will later launch Shenzhou 14 after delivering supplies aboard the Tianzhou 4 cargo spacecraft.

The 15th Long March 2F Regiment will then be prepared in Jiuquan for emergency reserve. “The Y15 rocket is being tested for final assembly in the workshop, and after all work is completed, it will be delivered to the Jiuquan launch site for launch,” said Jing Muchun, chief designer of the Long March 2F.