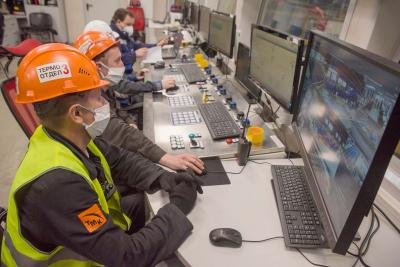 Pipe Metallurgical Company (TMK) has completed the process of a preparatory survey of its enterprises, which are part of the Russian division of the company, in order to implement a project to automate a production management system, including production planning and execution (MES).

Complex solution will be developed and implemented on the basis of the PSImetals product of the German company PSI, which specializes in software for the metallurgical industry, with which TMK entered into an agreement in February 2020. It, in particular, will include the modules "Scheduling", "Scheduling", "Production", "Quality" and "Logistics".

The project is being implemented as part of the TMK Digital Manufacturing program, its goal is to improve the efficiency and quality of the operational management system of production and production processes, including by improving planning to increase labor productivity, rhythm of production and save resources and, as a result, achieve the company's strategic goals.

“Creation of an integrated planning system for TMK, including production planning and planning of sales and operations, will provide flexibility in the company's behavior in a rapidly changing market, the continuity of the planning process, and will also allow receiving relevant and timely data on the market, orders and existing restrictions. Together with the implementation of MES, this will create significant advantages for achieving the company's strategic goals, which include, in addition to expanding technological leadership in the industry, increasing economic efficiency and getting the most out of the successful modernization of production facilities, ”said Vyacheslav Popkov, TMK First Deputy General Director - Chief Engineer.

“Among the advantages of implementing a single integrated software solution at all TMK production sites is the unification of MES and planning business processes and the use of a single graphical user interface at all plants, which will reduce costs and time for system implementation, as well as will help to provide centralized system maintenance and reduce the total cost of ownership. We are looking forward to the successful implementation of this joint project, "said Harald Henning, Director of the Strategic Development Committee of PSI Metals.

TMK is integrating digital technologies into the production management system