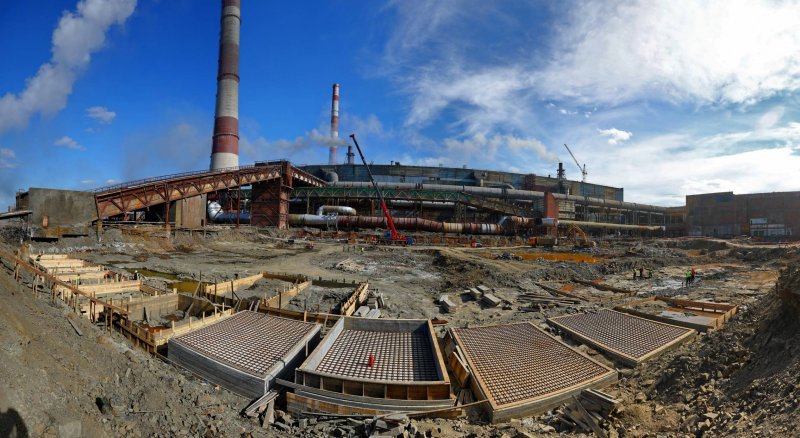 OJSC "Uralmekhanobr" (a research and design institute as part of UMMC) acted as the general designer of the complex for the production and neutralization of sulfuric acid at the Nadezhda Metallurgical Plant of the Polar Branch of PJSC MMC Norilsk Nickel (Krasnoyarsk Territory, Norilsk) The project is one of the stages of the Sulfur Program, the largest environmental initiative of Norilsk Nickel, and is aimed at a radical improvement of the region's environment, which will be achieved by reducing emissions of pollutants into the air. The project envisages the construction of a complex for the production of sulfuric acid from waste metallurgical gases on the territory of the plant with its subsequent neutralization. In addition to the main technological facilities, the site includes a transportation system consisting of several kilometers of slurry and water pipe racks, as well as a power supply complex. The water used in the technological process will be clarified and returned to production. The heat consumed in the production of sulfuric acid will also be reused. It will be sent to heat the buildings and structures of the complex. In June of this year, a positive conclusion was received from the Glavgosexpertiza of Russia for design documentation and engineering surveys for the construction of the necessary buildings and structures of the complex. Currently, the project has reached the stage of practical implementation.