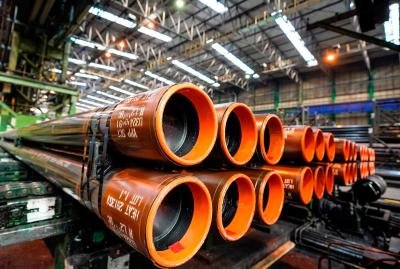 Volzhsky Pipe Plant (VTZ), a member of the Pipe Metallurgical Company (TMK), for the second year in a row won the regional stage of the All-Russian Prize of the Government of the Russian Federation in the field of international cooperation and export "Exporter of the Year" in the nomination "Exporter of the Year in Industry" in the category "Big business" in the Southern Federal District.

The main competitive criteria in determining the winners were the volume of goods shipped abroad, the dynamics of export deliveries and other achievements in the development of exports over the previous year.

At the end of 2019, the company provided about 70% of all exports within the TMK group and 25% of all Russian exports of steel pipes. The export geography of VTZ includes 35 countries of the world. In the nomenclature of export supplies, the share of high-tech products of VTZ increased, in particular, pipes with premium high-tight threaded connections developed by TMK. Also in 2019, casing pipes made of 13 Cr (13 Chromium) stainless steel were exported for the first time.

“VTZ continues to strengthen its leading positions in the supply of products to foreign markets. This is the second victory in a row in the district stage of the award, which allows the company to be nominated again for the next - federal stage. Despite the objective difficulties associated with the coronavirus pandemic, and thanks to our work with TMK, we expect to continue to support and develop our export directions, especially by increasing the share of high-tech products and innovative pipe solutions, "said VTZ Managing Director Sergei Chetverikov.

The All-Russian Award "Exporter of the Year" is annually awarded to organizations and individual entrepreneurs who have achieved the greatest success in exporting non-resource non-energy goods, works, services, as well as the results of intellectual activity. During his time at TMK VTZ became the best enterprise in Russia in terms of export performance six times.