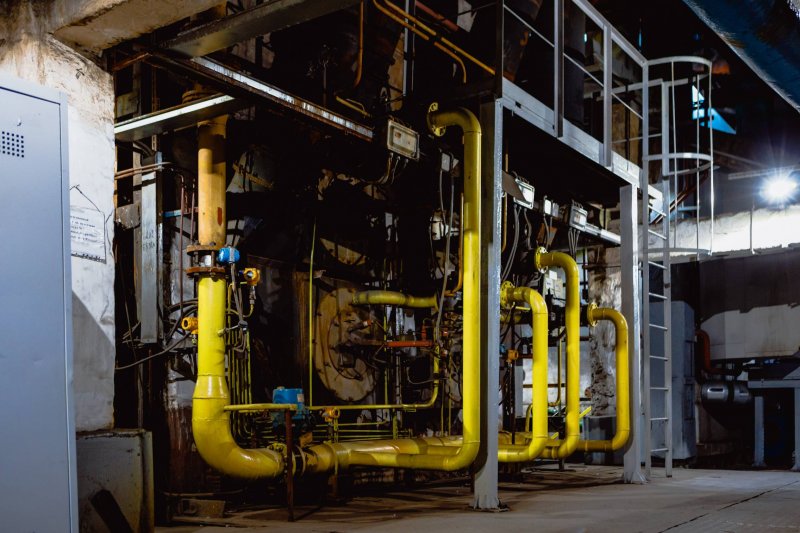 Due to the change in the temperature schedule of the heating system at the Polymetals Production JSC "Uralelectromed " (an enterprise of the UMMC metallurgical complex), it was possible to reduce energy costs. If earlier the networks of the industrial site and the city of Kirovgrad were united with each other and worked according to the same schedule, now they operate separately in their own modes.

- This initiative took place within the framework of the UMMC transformation program. It made it possible not only to maintain the optimal temperature regime in production facilities, but also to exclude excess losses of thermal energy, - emphasized the Deputy Chief Power Engineer of Polymetals Production Alexander Shchelkunov.

According to the results of the heating season, it was possible to reduce the consumption of natural gas by 563.55 thousand cubic meters. In addition, the power engineers of the branch carried out repairs of boiler units, auxiliary and pumping equipment, revision of heat supply systems.

On this topic
Energy resources were saved at the Polymetals Plant when the converter was heated up
A house for bulldozers was equipped at the Polymetals Plant
Polymetals Production Optimized the Technological Process for Preparing Ladles for Receiving Melts
Metallurgist day will give verhnepyshminsky colorful fireworks
Verkhnyaya Pyshma met Metallurgist Day with a colorful carnival
Locomotive tuning: a huge octopus was painted on a diesel locomotive in Kirovgrad
Добавить комментарий
Комментарии (0)
News Analytics
China's Machinery Sector Operating Income Increases 43 Percent13-06-2021, 11:28
Rescuers continue to search for 13 missing iron ore miners in North China12-06-2021, 15:39
European Union extends protective quotas on steel supplies for another three12-06-2021, 11:31
Metallurgical plants in the temporarily occupied territory of Donbass appointed12-06-2021, 10:59
JSC "Turboatom" was visited by representatives of CJSC "Novokramatorsk Machine12-06-2021, 10:43
Vaccinations fuel demand for platinum - World Platinum Investment Council08-06-2021, 12:55
Sharp price growth continues in the rolled metal market - Ukrpromvneshexpertiza08-06-2021, 11:04
Analysts note overheating of the global scrap metal market01-06-2021, 13:28
Hydrogen-fueled steelmaking could be competitive after 2050 - McKinsey19-05-2021, 14:22
Steel raw material prices are skyrocketing across the board18-05-2021, 12:34
Sign in with: