Mednogorsk metallurgists are the leaders of the Orenburg economy 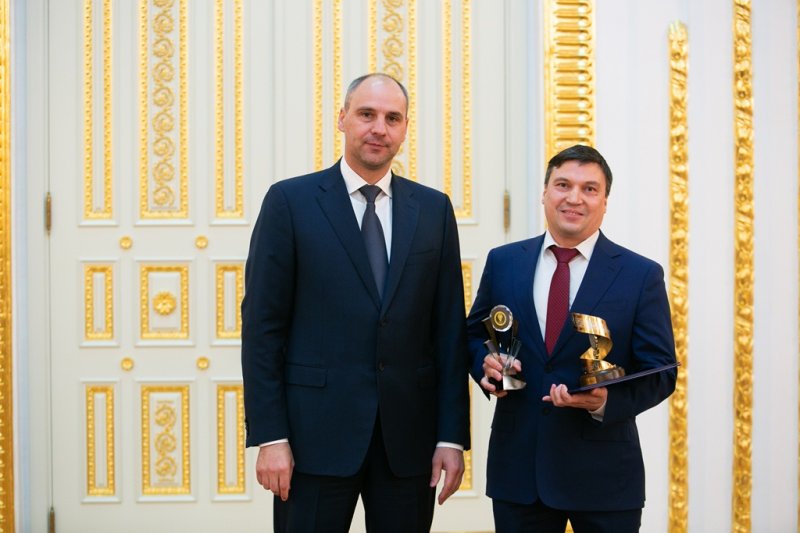 Mednogorsk copper and sulfur plant (an enterprise of the UMMC metallurgical complex) was awarded two high awards in the regional competition "Leader of Economy" of the Orenburg region.

Note that the regional competition "Leader of Economy" is held for the 21st time. Every year the interest in it from the business community is growing. Thus, the number of applicants for the awards of the competition this year was about nine hundred. Among the several years ago, the Mednogorsk copper-sulfuric plant confirms its position, where over the past five years the production of main products has grown from 40283 to 55617 tons in one calendar year. Based on the results of work for 2020, the plant paid a record amount of taxes to the budgets of all levels in the amount of 1.4 billion rubles (184% to the level of 2019).

- Over the years of the competition, the gold fund of the Leaders of the Economy was formed ... These are enterprises that from year to year improve the results of their work and invariably remain among the leaders. The benchmark of our joint work with business is the achievement of national development goals. The most important of them are the growth of labor productivity, wages of workers, preservation of life and health of people, - said the Governor of the Orenburg region Denis Pasler at the award ceremony.

more than 1.5 thousand people, in addition to Mednogorsk MSK, there was another enterprise of the Ural Mining and Metallurgical Company - Gaysky Mining and Processing Plant, the main supplier of copper concentrate to MMSK.

- Our success in production is the result of smooth interaction with partners in the UMMC, including with the Gaysky GOK, evidence of the stable work of the plant's staff, investments in the modernization of existing production, the construction of new facilities, the acquisition of modern high-tech equipment and technology, - said Ilfat Iskhakov, General Director of MMSK.

The second prize of MMSK is the winner in the category "Energy Efficiency Leader". Since 2018, the copper and sulfur plant has implemented and successfully operates an energy management system according to the ISO 50001 standard, which is reflected in the efficient production activities of the metallurgical enterprise. Thus, based on the results of the operation of MMSK for 2020, within the framework of the Energy Saving and Energy Efficiency Improvement Program, nine measures were carried out with actual savings of 23 million rubles.

Mednogorsk MSK, as a city-forming enterprise with the active support of UMMC, invests not only in the development of industrial capacities. Financial resources are directed to the development of the material and technical base of city sports, education, culture, health care and communal infrastructure. Major social facilities in recent years include overhaul of a polyclinic, construction of a health and fitness center, overhaul of an art school. The next step is the construction of an indoor swimming pool. These investments were reflected and recognized in another award presented by the Governor of the region to the head of Mednogorsk, Andrey Nizhegorodov, in the category "Best Municipal Formation". By participating in the investment program for the development of the territory of its location, the plant creates not only the present of the city of Mednogorsk, but also determines its future.

Note that in addition to MMSK, such enterprises of the Ural Mining and Metallurgical Company as LLC Orenburg radiator "(Orenburg), specializing in the development, implementation and serial production of radiator products, and PJSC" Gaysky GOK "(Gai), specializing in the mining of copper pyrite ore by underground and open pit methods and its processing at its own processing plant.

On this topic
Metallurgists of MMSK produced two million tons of blister copper
Mednogorsk metallurgists support urban healthcare
Metalloinvest to invest 450 million in sustainable development of the Orenburg Region in 2021
MMSK became the winner of the All-Russian competition
Metalloinvest allocates 550 million rubles to support healthcare in the Orenburg region
The TMK Board of Directors recommends accepting the voluntary offer of the TMK subsidiary in
Partner news
Сomments
Добавить комментарий
Комментарии (0)
News Analytics
DTEK, the first industrial energy storage system in Ukraine, has been certified25-09-2021, 10:00
Russia reduced the export of ferrous metals by 12.7%24-09-2021, 20:05
Kamensky Mayor's Office asked Akhmetov and Novinsky to pay UAH 1.5 billion of24-09-2021, 14:17
Poland's largest coal exporter plans to invest in the steel industry24-09-2021, 12:48
Mechanical engineering of the Donetsk region of Ukraine falls for the second24-09-2021, 11:32
Moody's changes its outlook for the mining and metals industry from "positive"14-09-2021, 18:39
European steel prices decline from summer highs and remain stable high04-09-2021, 10:38
Rise in European steel prices to dizzying levels finally fizzled out - Bloomberg27-08-2021, 13:18
Gold continues to be the most efficient portfolio asset - WGC26-08-2021, 12:38
Falling iron ore prices caught Wall Street by surprise - WSJ23-08-2021, 13:57
Sign in with: