However, the US dollar first weakened after the release of the data, and then strengthened again, making the dollar-denominated precious metal more expensive 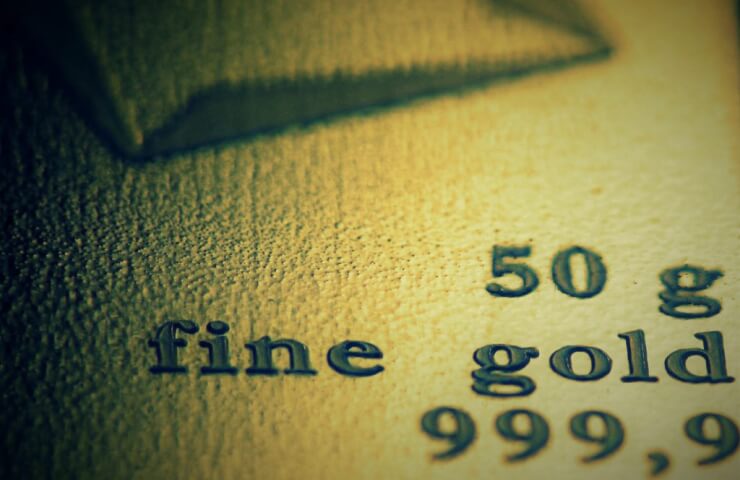 Gold prices rallied as the market tried to gauge the potential impact of a weak US employment report on the Federal Reserve's monetary policy as the new coronavirus continues to cause economic uncertainty.

On Friday, the Bureau of Labor Statistics said 210,000 jobs were created during November, well below the expected growth of about 535,000 jobs by economists.

Bullion already held steady ahead of the employment report and has since climbed higher in initial reaction to weaker-than-expected employment data.

However, the US dollar first weakened after the release of the data and then strengthened again, making the dollar-denominated precious metal more expensive for holders of other currencies.

The labor force report also showed that wages rose less than expected last month, indicating that inflation could be higher. Gold has traditionally been viewed as a defense against rising prices.

The initial spike in gold prices suggested that "the market viewed the missed seal as a signal that the cut might not be accelerated," said Sookie Cooper, analyst at Standard Chartered.

But beyond this movement, prices are still looking for a downside after falling below the key $ 1,800 level, Cooper added.

Edward Moya, senior market analyst at brokerage OANDA, said the gold markets are now in a “wait and see” position amid uncertainty over the omicron option.

“It is unclear if you intend to attract many investors in the precious metal for security reasons, especially given that the stock market has been quite resilient,” said Moya.

Сomments
Add a comment
Сomments (0)
Partner news
Recommended:
The court arrested 100% of the shares of the Kiev machine-building plant "Bolshevik"
Natural gas appeared on the Ukrainian Energy Exchange at $220 per thousand cubic meters. m.
Tesla sales at the end of 2021 significantly exceeded analysts' expectations
On this topic
Stock prices for gold are preparing to overcome the mark of $ 1900 per ounce
Gold Price Rises Due to Confident Tone of Central Banks
Gold rises above $ 1,800 an ounce for the first time since February
Copper price declines amid rising dollar
Gold on new fears of the spread of coronavirus
A new lawsuit for "Gazprom": what does "Naftogaz" in the Stockholm arbitration?
News Analytics
Конструкторское бюро «Южное» прокомментировало состояние спутника «Січ-2-1»27-01-2022, 22:04
Эскалация в Украине радикально изменит рынки металлов и энергоносителей в Европе27-01-2022, 22:20
After the WTO decision, China urged the US to correct mistakes in trade27-01-2022, 16:38
Rinat Akhmetov's energy holding reduced green energy sales in 2021 due to27-01-2022, 16:58
Turkish Petroleum used Ukrainian pipes for the first time for a well 3 km deep27-01-2022, 16:44
Hydrogen will provide 12% of energy demand by 2050 - Irena27-01-2022, 09:58
Semiconductor shortage will persist for years to come09-01-2022, 13:11
2021 was the worst year for gold since 201501-01-2022, 13:08
Iron ore will be significantly cheaper in 2022 - consensus forecast by leading01-01-2022, 12:46
Profits of Ukrainian and Russian steel plants will remain above average until21-12-2021, 11:23
Sign in with: