Finnish scientists have learned to make food from water and air

it is a new ingredient derived from air, water and electricity could revolutionize the mode of production of our food. 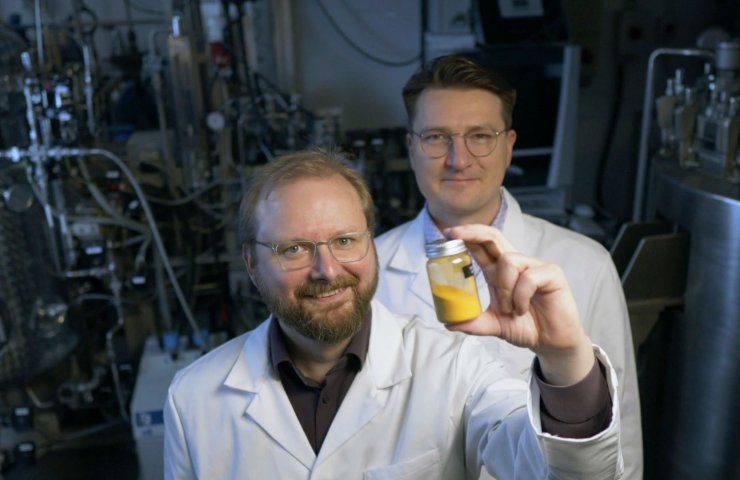 the Supply of food for a growing population creates a huge burden on the resources of the Earth. Agriculture has become one of the world's largest sources of greenhouse gases, and livestock, in particular, is responsible for 14.5% of global greenhouse gas emissions, mostly from beef and dairy cattle.

in addition, agriculture uses vast area, which otherwise could become forests that absorb carbon in the air. And yet, according to the OECD, the industry consumes huge amounts of water - up to 70% of water consumption worldwide.

Solar Foods from Helsinki is trying to change that. The company was founded in 2017 and consists of former scientists from the National research Institute of Finland.

"to save the planet from climate change, we need to start producing food without agriculture," says Pasi of Vainikka, CEO of Solar Foods.

At its pilot plant startup is developing a new natural source of protein, which is called Solein. Like other protein supplements, it has no noticeable taste and can be added to almost any snack or meal. Today the plant is capable of producing about a kilogram of dry protein powder in a day.

Solein produced by growing the microbes in the liquid in the fermenter. This is similar to the process used in Breweries, but instead, to feed the biomass to the sugar, as in brewing, microbe eats only bubbles of hydrogen and carbon dioxide.

Solar Foods removes carbon dioxide from the air and then adds to it air, nutrients and vitamins. The company uses 100% renewable solar energy from its partner Fortum is used for the natural fermentation process, similar to that needed for the production of yeast and lactic acid bacteria.

Solar Foods is currently working with the European space Agency that astronauts could use Solein in orbit. Although this may sound like the realm of science fiction, Solar Foods is keen to stress that this process is natural.

"We do the same as plants, but ... we don't need the sun," says Vainikka. "Our process is fundamentally more efficient." 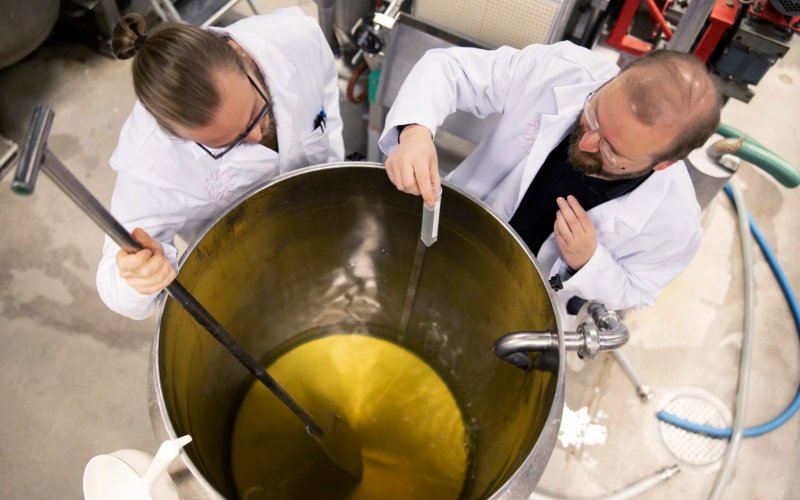 "In the end you get the powder, which contains about 65% protein, carbohydrates and fats," says Vainikka.

This powder can be added to products like bread and pasta, and meat substitutes or dairy products plant-based. Once it can be used as a food source to grow in the laboratory meat.

Solar Foods says production Solein 100 times more beneficial for the climate than meat, and 10 times better than the cultivation of plant proteins, additionally, the process uses much less water.

Recommended:
The European Union is reforming its economic system prior to the end of 2020
Tesla will hold an additional share issue of two billion dollars
The Metinvest expects growth in demand for steel products in Ukraine by 3% in 2020
On this topic
An economical way of producing metal powders will simplify the 3D printing of aircraft parts
Fire ants have inspired inventors to create Neonode metal
Ученые нашли способ удешевить производство магния
Сталелитейные заводы со временем становятся все более умными
Российские ученые создают «умную сталь»
Водородный процесс производства стали - революция в борьбе с изменением климата
Add a comment
Сomments (0)
News Analytics
Car-grain truck KrAZ-6511С4 will increase the efficiency of agribusiness group18-02-2020, 15:10
Sanjeev Gupta bought another bankrupt steel plant18-02-2020, 10:09
The IMF team goes to Ukraine for talks18-02-2020, 09:39
In Europe plummeting sales of new passenger cars18-02-2020, 09:15
The EU invests over 100 million euros in the new "green" projects17-02-2020, 16:49
The Chinese company has patented the coronavirus, "Fairever"16-02-2020, 19:13
Stronger than steel, harder than diamond: is called the graphene material of14-02-2020, 15:26
FT: the US Treasury Deripaska is suspected of laundering money for Putin14-02-2020, 12:12
Nissan requires a payment of $ 90 million from ex-boss Carlos Ghosn12-02-2020, 11:27
The accident is the leading cause of death for people aged 5 to 29 years - who08-02-2020, 09:02