Full-fledged introduction of metal additive plants in the domestic industry is constrained mainly by the high cost of raw materials, because of it the production is unprofitable. 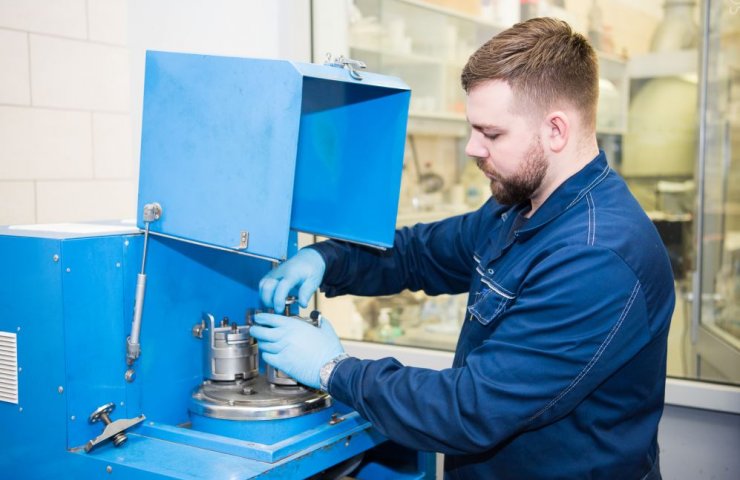 a Group of scientists of nust "MISIS" developed a highly efficient and economical way to obtain raw materials for additive printing – composite powders of titanium/aluminium round shape. The new method will reduce the cost of the material that will make it more available to the manufacturer, and will expand the possibilities of creating a compact complex shapes for the aerospace industry. The study is published in the journal Metallurgical and Materials Transactions B (2019).

the Use of 3D printing in the aerospace industry – the already established trend. Global giants such as Airbus, Boeing, General Electric, moved from printing prototypes and single items to a full-fledged mass additive manufacturing. The new Airbus A350 XWB contains more than 1000 different items manufactured using 3D printing.

increasingly, for the manufacture of components for aircraft and spacecraft use intermetallic compounds (a compound of two metals) "titanium-aluminum and titanium-Nickel". 3D products possess low density, high strength characteristics, high heat resistance and can have a complex geometric shape. Composite powders obtained by relatively simple and cheap way - a key component of economy "metal" 3D production.

"For serial 3D production of parts for missiles and aircraft the necessary high quality source powders – precursors, as well as a simple method of obtaining them with high performance and simultaneously low cost. The full implementation of the additive metal installations in the domestic industry is constrained mainly by the high cost of raw materials, because of it the production is unprofitable. And development of an economical method of producing high-quality metal powders is our main goal," says one of the authors development, researcher at research center "Structural ceramic nanomaterials" nust "Misa", candidate of technical Sciences Andrey Neapoli.

to Simplify the production of powders for 3D printing was obtained through the use of unique combinations of modes, planetary ball mills, where the process of intensive mechanical treatment has turned out composite powders consisting of rounded particles, including titanium and aluminium (Fig.1). This "mix" can be directly downloaded in the 3D laser printer is in the printing process at a temperature of about 650 degree metal react, forming a refractory intermetallic compound.

As the researchers note, never used a planetary mill for this purpose and laboratory experience can be transferred to production – Russian producers have industrial analogues of planetary mills.

In the case of use for printing details ready of the intermetallic compound, it is necessary first to leak, and is a specific technology and serious power. Then, the hot molten metal it is necessary to "spray" a stream of gas, water or plasma to produce a powder, which greatly complicates and increases the cost of production.

"as a starting material in our experiments we used powders of titanium, aluminum and Nickel, which were subjected to intensive mechanical treatment in a planetary mill. The proposed method has significantly simplified and reduced the cost of obtaining precursors and reduced energy consumption during 3D printing by 20%. Consequently, during printing no need to use a large laser power for melting," adds Andrew Neapoli.

currently, the research group completed the optimization formulations of the powder precursor and started creating the first prototypes of the obtained powders. 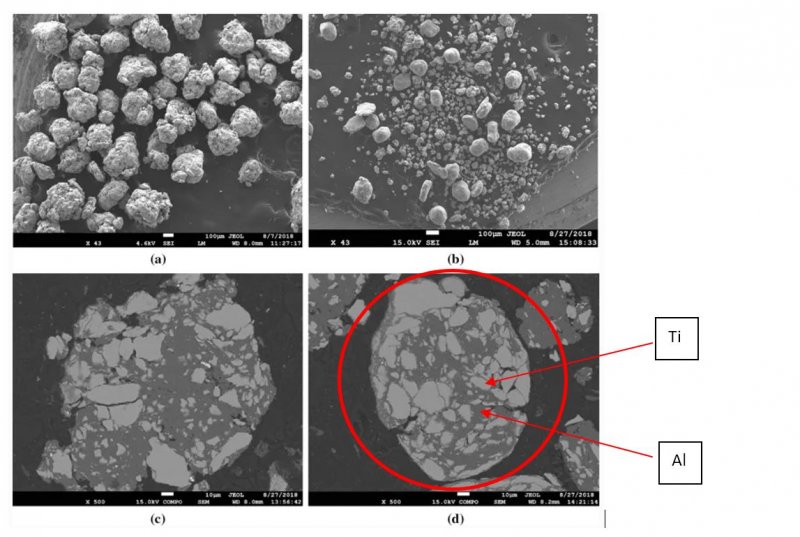 Fig.1 Obtained in a planetary mill with spherical powder particles for 3D printing, consisting of titanium that is embedded in an aluminum matrix

nust "MISIS" is one of the most dynamically developing scientific and educational centers of the country. Being among the leaders of technological education of Russia, nust "MISIS" is also a full-fledged research center. The University occupies a leading position in world in subject ratings of THE, QS and ARWU at once in 13 areas, entering the top 100 in the categories "Engineering–Mining" (the QS) and "Engineering metallurgy" (the ARWU ranking) in the field of materials science nust "MISIS" in the group 101+ of the best universities (QS ranking).

the Strategic goal of nust "MISIS" by 2020, to strengthen leadership in areas of specialization: materials science, metallurgy and mining, as well as significantly strengthen its position in the field of biotechnologies, nanotechnologies and it. The University comprises 10 institutes, 6 branches – four in Russia and two abroad. In nust "Misa" has more than 22 000 students from 81 countries. The University has over 30 research laboratories and 3 engineering center of the world level, staffed by leading Russian and foreign scientists. Nust "MISIS" successfully implements joint projects with major companies of Russia and the world.