Global steel production in September for the first time in three and a half years recorded a fall, indicating that the slowdown in the global economy. 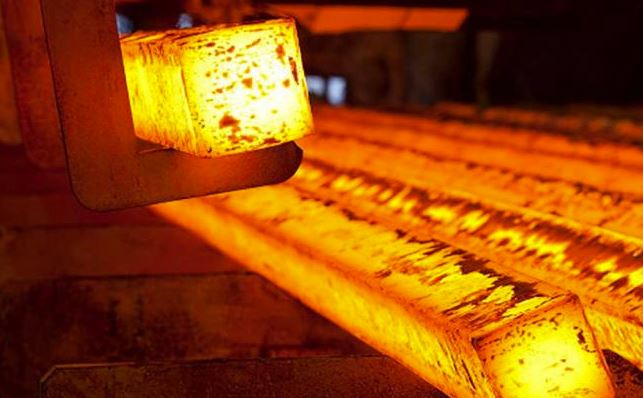 the President of the Japanese Federation of iron and steel Yoshihisa Kitano said on Tuesday that the annual the decline in the world production raw steel in September, which was the first fall in 41 months, said the slowdown in the global economy.

Global steel production in September fell by 0.3% compared to the previous year up to 151.5 million tonnes, which is the first decline since April of 2016.

Kitano, who is also President of JFE Steel, a unit of JFE Holdings, said at a press conference that the increase in exports of steel from India and Russia in ASEAN, reflecting the economic slowdown in Europe and India, is putting pressure on Asian steel markets.

Финансовая аналитика, прогнозы цен на сталь, железную руду, уголь и другие сырьевые товары. More news and analytics on Metallurgprom telegram channel - subscribe to get up-to-date market information and price forecasts faster than others.
Сomments
Add a comment
Сomments (0)
On this topic
The ASEAN leaders has led to confusion of the President trump their boycott
Japanese steel companies are planning a significant reduction in steel production
Signs of another overproduction in the Chinese steel sector
World steel production in September fell by 0.3%
Japanese steelmakers have announced the revision of the earnings forecast, up to a net loss of
Global steel production in 2019 increased by 3.4%
Recommended:
Sweden announced the discovery of Europe's largest deposit of rare earth metals
The US continued to reduce steel imports in December year-on-year
Steel production in China rose in the first decade of January
News Analytics
The United States refused to comply with the decision of the WTO on tariffs on29-01-2023, 20:08
China remains the world leader in shipbuilding with a 50% share of new shipyard29-01-2023, 12:35
Prices for metal products in Ukraine increased by 26% last year29-01-2023, 12:06
JSW Steel, ArcelorMittal and NLMK may buy two Liberty Steel plants in Belgium29-01-2023, 12:12
British scientists have found a way to cut CO2 emissions from steel production28-01-2023, 23:49
S&P: Russia will continue to dominate the steel export market in the Black05-01-2023, 11:22
Fitch Analysts Predict Big Drop in Global Steel Consumption This Year14-12-2022, 13:59
Analysts predict 5% annual growth in the iron casting market through 203006-12-2022, 12:44
Commodity prices will fall, metals quotes will rise slightly - Focus Economics28-11-2022, 13:28
Platinum market to face shortage next year - WPIC22-11-2022, 18:25
Sign in with: