European Commission President Von der Leyen said that he would do everything possible to ensure that Europe became the first climate neutral (not affecting the climate) continent by 2050. 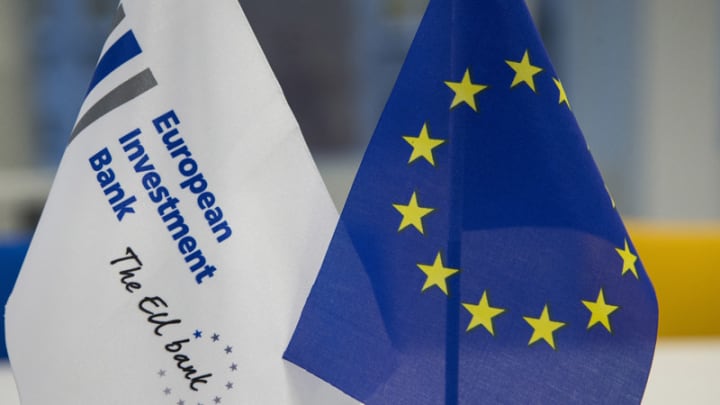 the European investment Bank (EIB) has planned 1 trillion euros of investments in energy efficiency projects, clean energy and "green" innovations in the period from 2021 to 2030.

in addition, the EIB intends to gradually increase the share of funding environmental projects up to 50% by 2025 and to cease funding projects on the use of oil, gas, coal in 2021.

this is stated in an ambitious new strategy, the EIB, the priority of which is prevention of climate change and energy decarbonisation.

As noted by the Bank, in 2013 the EIB provided more than 13 billion euros for projects using traditional energy resources. In 2018 the amount of funds in this direction amounted to only EUR 2 billion.

At the same time, in 2013-2018 the Bank allocated 28 billion euros for renewable energy projects.

According to estimates by environmentalists, in the period from 2013 to 2018 EIB were daily given 6.2 million euros to the companies operating on fossil fuels.

the EIB is the world's largest Issuer of green bonds and helping countries in the organization of markets in this area.

this Summer, the Chairman of the Saee Serhiy Savchuk with the Chair of the Permanent mission of the EIB in Ukraine Jean-Eric de Soonam discussed the implementation of the market for green bonds in Ukraine.

According to the EIB green bonds can be a promising and effective tool for enhancing investments, particularly in renewable energy. At the same time, the regulatory framework of the country must comply with international principles and standards. Then it can be an effective signal for institutional investors to enter Ukrainian market.

the Pioneer host of "green" bonds are among the companies working in Ukraine, became the Netherlands DTEK Renewables B. V. (DTEK renewables), which in early November, placed its first issue of the standard "green" Eurobond in the amount of 325 million euros.

fundraising should enable DTEK to implement a renewable energy plan to expand its installed capacity of wind and solar power plants to 1.9 GW, compared to about of 0.95 GW, expected by the end of this year.

Recommended:
The Minister of Railways resigns
Russia failed to agree with Belarus on oil transit
The US government said that the sanctions against the "Nord stream 2" is aimed at the full stop of the project
On this topic
The European Commission supported the initiative of the EIB to stop financing coal and gas
The European investment Bank ceases to Fund projects associated with coal, oil and gas
Украина разрешит выпуск «зеленых» облигаций
Швейцария поможет Украине сократить потребление газа
Канадские инвесторы анализируют перспективы внедрения «зеленых» проектов в Украине
Украинские чиновники из Госэнергоэффективности съездили в Таранто
Add a comment
Сomments (0)
News Analytics
The steel market has bottomed out, said Metinvest CEO20-01-2020, 18:23
Ukraine reported the first case of highly pathogenic avian influenza for three20-01-2020, 18:47
Uz and Chinese CRCC has signed a Memorandum of understanding20-01-2020, 16:03
Greece has sent to Ukraine two tankers with diesel fuel20-01-2020, 16:59
Zaporizhstal orders for the four months ahead – CEO20-01-2020, 15:57
Finnish scientists have learned to make food from water and air20-01-2020, 13:26
Iran has denied reports of sending black boxes of the crashed in Tehran Boeing19-01-2020, 13:57
The suspension of oil production in Libya has caused extreme concern to the UN.18-01-2020, 21:32
The IMF predicts the decline of the world economy into crisis since the great18-01-2020, 16:38
In the Balearic Islands in Spain were forbidden to get drunk and jump off18-01-2020, 13:28