A 70: 30 mixture of methane and hydrogen has been used in the forging processes used in industrial steel production at a plant in the province of Milan. 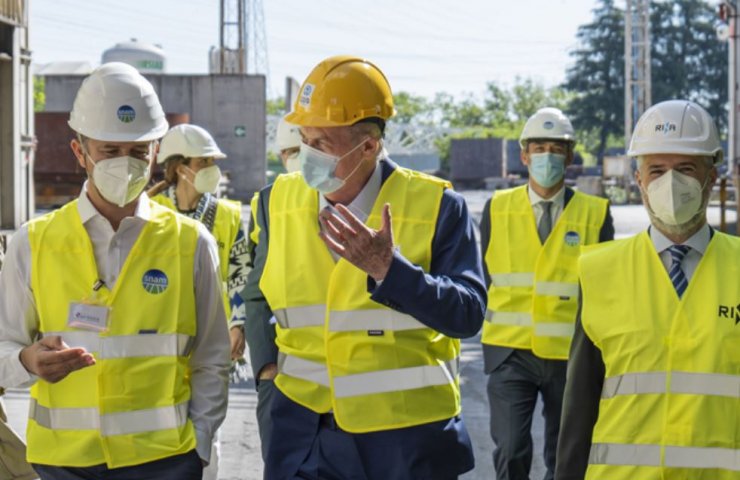 Italian gas network operator Snam announced on May 19 that he conducted with his partners the“ world's first test ”of a natural gas mixture with 30% hydrogen in a steelmaking process at the GIVA steel plant in northern Italy.

The test involved using a hydrogen gas mixture to heat the furnaces of the Forgiatura A. Vienna plant near Milan, according to a joint statement by Snam, GIVA and certification company RINA.

According to the test participants, the use of a mixture of hydrogen and gas did not require any modifications to the installation and did not affect either the equipment used or the characteristics of the final heat-treated product.

“In the medium to long term, hydrogen can be the solution to decarburize steelmaking and all industrial sectors that are difficult to manage,” said Snam CEO Marco Alvera.

“This test is a preparatory phase for the gradual introduction of zero-emission hydrogen, first blended with natural gas and then pure, in some steelmaking processes,” he stressed.

Alvera stated that Snam intends to provide its infrastructure, research and expertise to create a national hydrogen supply chain in Italy.

Snam is increasingly keen to adapt its business to hydrogen and says 70% of its Italian network is ready for hydrogen production and will have no problem handling hydrogen blends.

It is estimated that the continued use of 30% green hydrogen from renewable energy sources in the total gas consumed by the three GIVA Group forging plants for their industrial processes will result in reduced CO emissions 2 by about 15,000 tons per year.

The mixture of natural gas and hydrogen was supplied by the Italian company Sapio, specializing in the production and sale of industrial and medical gases.

Финансовая аналитика, прогнозы цен на сталь, железную руду, уголь и другие сырьевые товары. More news and analytics on Metallurgprom telegram channel - subscribe to get up-to-date market information and price forecasts faster than others.
Сomments
Add a comment
Сomments (0)
On this topic
World Steel Association defines green steel and its variations
Italy filed an appeal against the refusal of ArcelorMittal from ILVA
The Swedes first in the world to conduct heating of the steel by hydrogen in the process of rolling
Voestalpine commencement of commercial production of "green" hydrogen in Linz
ArcelorMittal threatens to close Europe's largest steel mill
The closure of European borders disrupt trade precious metals
Recommended:
Prices for metal products in Ukraine increased by 26% last year
Ukrzaliznytsia announced the purchase of rails in France cheaper than in Metinvest before the war
The United States refused to comply with the decision of the WTO on tariffs on steel and aluminum
News Analytics
Eurofer expects EU steel demand to fall 4.6% in 2022 and 1.6% in 202305-02-2023, 13:31
EU Green Deal should encourage investment in mild steel projects: Eurofer02-02-2023, 16:32
Belarusian steel plant to operate at full capacity from February02-02-2023, 16:56
British Steel considers cutting up to 1,200 jobs at Scunthorpe02-02-2023, 11:50
Electric vehicles will play a key role in US aluminum production growth - Norsk01-02-2023, 12:17
European stainless steel producers ready to raise prices31-01-2023, 16:16
S&P: Russia will continue to dominate the steel export market in the Black05-01-2023, 11:22
Fitch Analysts Predict Big Drop in Global Steel Consumption This Year14-12-2022, 13:59
Analysts predict 5% annual growth in the iron casting market through 203006-12-2022, 12:44
Commodity prices will fall, metals quotes will rise slightly - Focus Economics28-11-2022, 13:28
Sign in with: