Worldsteel believes that the term “green steel” is inappropriate to define the environmental impact of the steel industry. 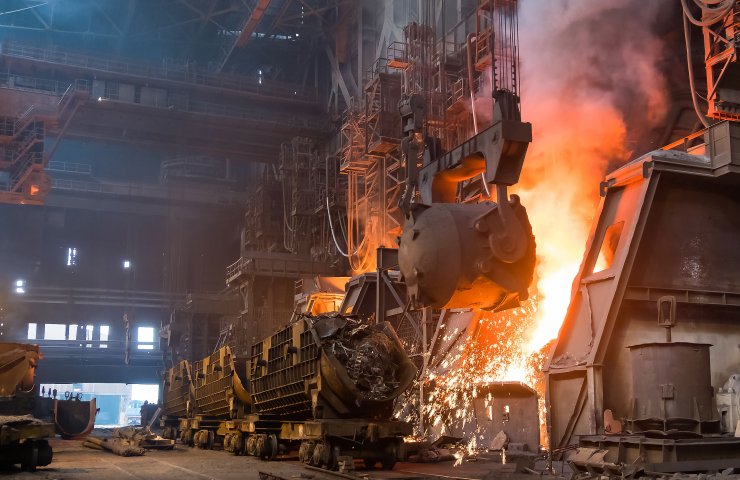 The global steel industry, like the rest of society, is transforming to provide products and services in a future in which emissions of carbon dioxide and other greenhouse gases will be significantly reduced. The terminology for reducing carbon footprint is still evolving, and different stakeholders use a wide variety of expressions that are often synonymous but can mean completely different things.

In order to somehow systematize and clarify the meaning of technological transformations in metallurgy, the World Steel Association decided to introduce specific definitions of what is meant by the term "green steel", carbon-free or low-carbon steel.

Many other expressions are used by the steel industry and stakeholders to refer to steel produced using these next generation manufacturing technologies.

The World Steel Association prefers and uses the term “low carbon steel” because, like “low carbon electricity,” it believes it is intuitively easier to understand and its meaning is clear.

Recommended:
Brazil is interested in the production capabilities of Yuzhmash
NASA suspends $ 2.9 billion lunar contract with SpaceX Elon Musk
The head of the Suez Canal Authority announced the arrest of the container ship Ever Given
On this topic
The Swedes first in the world to conduct heating of the steel by hydrogen in the process of rolling
Global steel production in 2019 increased by 3.4%
Green deal the EU could change the demand for metals
CDP: steel industry will not be able to reduce CO2 emissions
The steel industry will not be able to cut carbon emissions without dramatic changes
Correct use of slag can save 80% natural gas consumption
Add a comment
Сomments (0)
News Analytics
Metallurgical Plant Zaporizhstal announced the transfer of data on emissions12-05-2021, 16:46
Interpipe's 5-year Eurobonds for $ 300 mln are assigned a priority unsecured12-05-2021, 16:30
Dnipro Metallurgical Plant exceeded the April production plan by 6.7%12-05-2021, 15:45
The auto industry rushed up: the production of vehicles in Ukraine increased 1612-05-2021, 15:44
The Minister of Energy of Ukraine promised today to close the issue of wage12-05-2021, 14:24
The current state of the market is ideal for the sale of rolled steel - IREPAS04-05-2021, 18:41
Global hydrogen demand to grow 7-fold by 2070 - PwC21-04-2021, 12:31
World Steel Association predicts a good year for metallurgists15-04-2021, 18:19
World Steel Association defines green steel and its variations12-04-2021, 13:14
China unlikely to cut steel capacity in 2021 due to high steel prices07-04-2021, 12:11
Sign in with: