Steel production in China declines in July, but this does not affect the large supply surplus

As of July 10, stocks of finished steel at smelters controlled by the China Iron and Steel Association were up 28.4% year-on-year at 18.05 million tons. 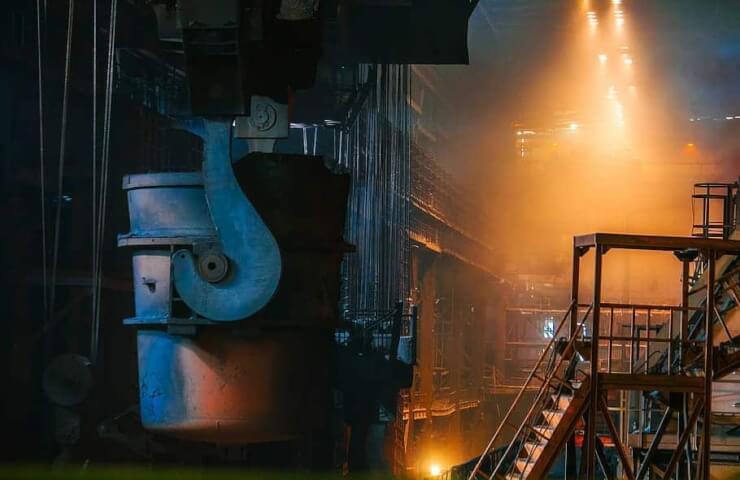 Daily crude steel production in China between July 1 and July 10 decreased by 0.8% compared to the end of June to 2.872 million tons per day, but production is still 2.6% higher year on year, showed data from the China Iron & Steel Association on July 13.

However, China's domestic oversupply still shows no signs of easing in July, further putting pressure on steel prices and indicating that further production cuts will be needed to stabilize prices.

According to CISA data, China's daily pig iron production from July 1 to July 10 decreased by 1.5% compared to June 21-30, but rose by 5.5% compared to the same period last year and amounted to 2,478 million tons per day.

As of July 10, finished steel inventories at CISA-controlled plants were up 28.4% year-on-year at 18.05 million tonnes.

Market participants note that Chinese steel mills are operating at a loss as most remain reluctant to expand production cuts for fear that this will affect their market share and local GDP growth.

Most market sources say they don't expect significant year-on-year growth in steel demand in the second half of 2022 as the weak real estate sector continues to dampen demand.

So the current level of steel production is still too high to balance demand, the sources say.