The global shortage of chips has already led to a significant reduction in car production and created the preconditions for a rise in the price of cars in the secondary market. 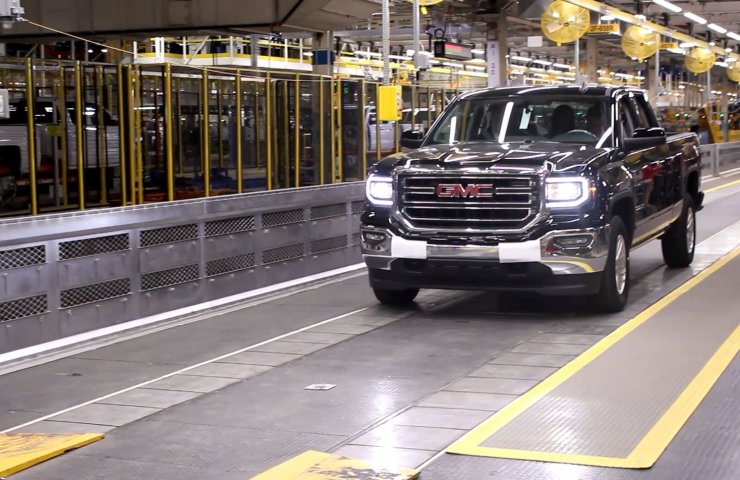 General Motors will halt production at most of its North American plants in September due to continued shortages of computer chips. The automaker will shut down four plants in the United States, three in Mexico and one in Canada for up to two weeks, depending on location.

Ford and Toyota also cut production this month as chipmakers in the US and Asia are unable to meet demand from countries reopening after the pandemic.

GM, which owns brands such as Chevrolet and Cadillac, said the shutdown will affect some of its most profitable vehicles, including SUVs and full-size and midsize pickups.

Earlier this week, Ford said it would cut truck production from September 6 due to shortages, while Toyota Motor would cut global production by 40% in September.

Финансовая аналитика, прогнозы цен на сталь, железную руду, уголь и другие сырьевые товары. More news and analytics on Metallurgprom telegram channel - subscribe to get up-to-date market information and price forecasts faster than others.
Сomments
Add a comment
Сomments (0)
On this topic
General Motors and Volkswagen go all-in on electric vehicles
Korean auto makers will switch to hydrogen engines with help from Chinese steelmakers
Emergency summit on chip shortage to be held in Washington - Biden administration
Global auto industry to lose more than 2 million cars due to chip shortage - Oxford Economics
Honda suspends car production at all factories in the US and Canada
Is the German auto industry preparing for a collapse?
Recommended:
Turkey in January-July increased imports of pig iron by 46.7%, tripling purchases in Russia
Minister of Energy of Kazakhstan visited ArcelorMittal Temirtau
Donetsk and Torez electrotechnical plants will start producing electrical substations from Chuvash parts
News Analytics
The production of passenger cars in Russia decreased by 2.8 times in eight29-09-2022, 11:19
Donetsk and Torez electrotechnical plants will start producing electrical29-09-2022, 11:37
Ukrainian coking plants reduced gross coke production by 55.2%29-09-2022, 11:28
China ramps up investment in transport to bolster economy29-09-2022, 11:33
The heads of mining companies named the main risks for business29-09-2022, 10:03
China production cuts in winter will give limited boost to steel markets -15-09-2022, 10:09
Steel prices may rise as manufacturers stop production11-09-2022, 14:06
IREPAS: The global long products market is in a "dramatic situation"10-09-2022, 20:49
Steel prices are unlikely to rise significantly in the near future - analysts02-09-2022, 22:58
Steel prices may move up on new data from China31-08-2022, 12:19
Sign in with: