The company managed to prove that Ukrainian seamless pipes are in no way inferior to German ones, and if earlier GM received pipes from Germany, now from Ukraine. 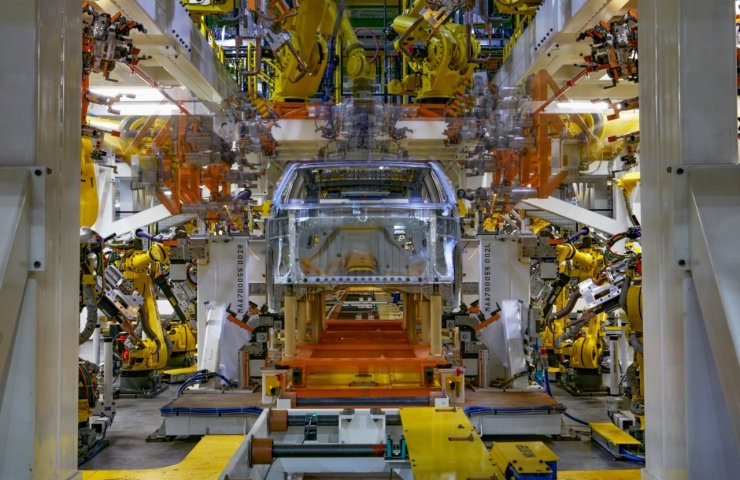 The production of pipes for the American General Motors is a project that the Centravis Nikopol Pipe Plant is proud of. informs the official page businesses on Facebook.

The Nikopol-based company is working with an American automaker under a 5-year contract.

Ukrainian seamless pipes undergo a special molding in the USA and become components of engines of General Motors vehicles.

As a reminder, GM is one of the world's top 5 car manufacturers. The company annually produces millions of cars under the brands Chevrolet, Buick, Cadillac, GMC. General Motors factories are located in many countries and employ tens of thousands of people.

Note that "Centravis" (Nikopol) is one of the ten largest producers of seamless pipes in the world. The company produces pipes for Thyssenkrupp, BMW, Alstom, Linde, Samsung, Volkswagen and other well-known brands.

Recommended:
Zaporizhstal has mastered a new type of cold-rolled steel
Steel production in Ukraine increased in nine months of 2021 by 6.3% to 16.29 million tons
Largest gold mine in Australia served by 36 fully automatic dump trucks
On this topic
Nuclear power plant in Great Britain will be built from Ukrainian materials - Centravis
Ukrainian metallurgists began to actively use hedging of currency risks
Ukrainian manufacturer Centravis starts supplying stainless pipes for European motorcycles
Centravis has appointed a new IT director
Ukrainian pipe manufacturer Centravis invests more than UAH 140 million in eco-modernization
Ukrainian pipe manufacturer "Centravis" strengthens expansion in international markets
Partner news
Сomments
Add a comment
Сomments (0)
News Analytics
Metinvest to provide oxygen to hospitals in Kiev and Kharkiv region23-10-2021, 14:09
DTEK agreed to supply an additional consignment of coal from the USA23-10-2021, 13:37
Oil and gas industry in Russia requires permission to mine cryptocurrency23-10-2021, 12:32
Ukraine hit the Russian ruble23-10-2021, 12:31
Dnipro Metallurgical Plant will remove the unpleasant smell of coke-chemical22-10-2021, 12:02
Global platinum production to grow by 22% in 202120-10-2021, 16:32
In Europe, the stainless steel market unexpectedly "sank" - MEPS30-09-2021, 12:08
Oil prices to surpass $ 90 by year end due to shortages - Goldman Sachs27-09-2021, 10:58
Moody's changes its outlook for the mining and metals industry from "positive"14-09-2021, 18:39
European steel prices decline from summer highs and remain stable high04-09-2021, 10:38
Sign in with: