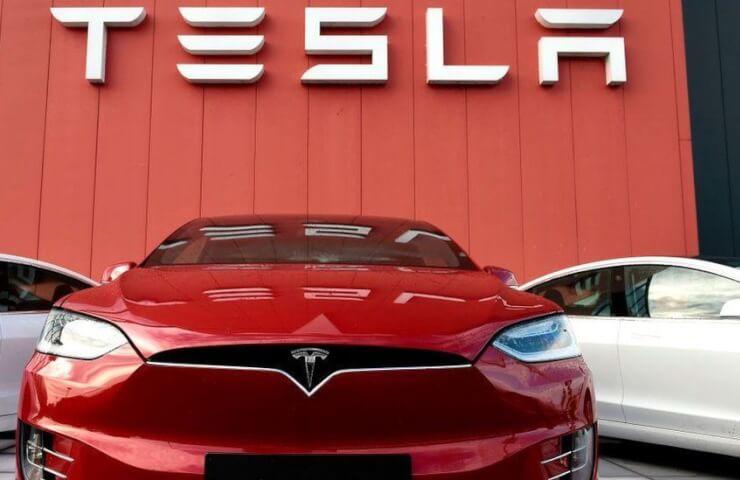 Shares in electric car maker Tesla are up more than 5% this week, making its billionaire CEO and founder Elon Musk $ 12 billion richer. Musk earlier urged employees to cut transportation costs amid reports that the company will begin production at its Gigafactory in Germany in the next few days.

Tesla shares are up again, climbing more than 5% on Monday and now hovering around $ 1,137 per share.

Shares in the electric car maker rose on news that Tesla will soon begin production at its first European plant in Germany. For the company, this is a big step towards increasing production capacity.

German automotive news site Automobilwoche has announced that Tesla's new manufacturing facility in the country is expected to receive an environmental permit and begin production in the next few days.

Initially, production was scheduled to begin in the summer of 2021, but construction of the plant was delayed due to opposition from environmental activists.

Shares in the electric vehicle maker also rose amid a recent note sent by CEO Elon Musk to employees over the weekend. Musk urged his employees to focus on minimizing shipping costs rather than rushing to fill orders to meet sales goals.

Финансовая аналитика, прогнозы цен на сталь, железную руду, уголь и другие сырьевые товары. More news and analytics on Metallurgprom telegram channel - subscribe to get up-to-date market information and price forecasts faster than others.
Сomments
Add a comment
Сomments (0)
On this topic
Yuzhmash told whether it is possible to launch reusable rockets from the Black Sea
Elon Musk will invest in the factory in Berlin 4.4 billion euros
How the reform of the electricity market in Ukraine can lead to a collapse and what to do about it
Stopped nuclear power plants and mines. What's going on in the energy sector of Ukraine?
Tesla to build exclusive electric cars in Berlin for $ 25,000
Is the German auto industry preparing for a collapse?
Recommended:
World Bank: Commodity prices to remain at historic highs through 2024
Rejection of Russian palladium destroys markets
WTO sides with Turkey in dispute with EU over steel supplies
News Analytics
The largest producer of titanium raw materials in Ukraine OGCC will sell25-05-2022, 20:48
Glencore accused of bribery in London pleads guilty in the US25-05-2022, 10:44
Swiss oil and gas equipment manufacturer Sulzer leaves Russia24-05-2022, 13:08
BIR: European Commission's decision on scrap metal will be the most tragic24-05-2022, 11:41
Rejection of Russian palladium destroys markets24-05-2022, 11:41
US steel market sentiment becomes more price neutral05-05-2022, 10:15
The global high-strength steel market will grow steadily by 5% annually for the04-05-2022, 08:45
China steel inventories hit 13-month high amid COVID-19 outbreak30-04-2022, 16:38
Slowdown in global auto sector affects steel prices27-04-2022, 12:36
World alumina production reaches a record 138 million tons21-04-2022, 09:54
Sign in with: