In October Zaporozhye "Dneprospetsstal" has recorded the fulfillment of the plan for the shipment of commercial grade for all steelmaking shops. 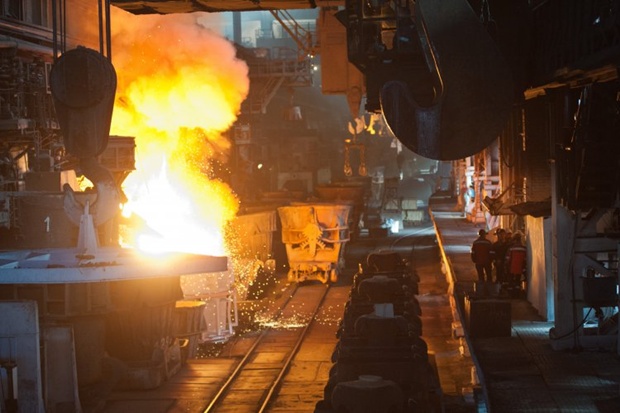 the Largest Ukrainian producer of stainless steel announced the successful start of the fourth quarter. In October, PJSC "Dneprospetsstal" put 18 756 tons of steel, which is 3.1% higher than last month. During the same period in Zaporozhye company produced 13 125 tonnes, which is 10.8 % more than in September 2019.

According to operational data, the total value of goods produced in September 2019, amounted to 725 614 thousand UAH. (in current prices), which is 14.7% higher than last month.

the press service of the plant noted the fulfillment of the plan for the shipment of commercial grade for all steelmaking shops.

Thus, the plant showed positive dynamics in production growth in the last few months, therefore, the Service personnel of PJSC "Dneprospetsstal", reported on the continued active recruitment of workers to the factory.

Recommended:
Ukraine is investigating the import of Chinese metal products
Ukrzaliznytsia will buy 100 passenger cars without a tender for the "negotiation procedure"
Liberty Steel has moved millions of UK taxpayers to other countries - Financial Times
On this topic
Minamaneho asks members to approve 1 billion on payment of arrears to the miners
World steel production in September fell by 0.3%
Mechanical engineering remains the locomotive of industrial production growth in the Donetsk region
Dneprospetsstal carried out personnel rotations, which are not associated with a change in owner
An abnormally low price was recorded at the auction for the supply of diesel fuel to Ukrzaliznitsa
Zaporizhzhya Dneprospetsstal increased production
Add a comment
Сomments (0)
News Analytics
Demand for scrap metal in Ukraine exceeds supply by 5%19-06-2021, 11:45
Ukraine resumed sea purchases of gasoline due to restrictions on supplies from19-06-2021, 11:38
Installation of the first mine hoisting machine of Uralmashzavod began in Altai19-06-2021, 11:46
European designers have learned to inflate steel structures that could be a18-06-2021, 17:42
In Ukraine, police were accused of involvement in the theft of coal from trains18-06-2021, 17:51
Vaccinations fuel demand for platinum - World Platinum Investment Council08-06-2021, 12:55
Sharp price growth continues in the rolled metal market - Ukrpromvneshexpertiza08-06-2021, 11:04
Analysts note overheating of the global scrap metal market01-06-2021, 13:28
Hydrogen-fueled steelmaking could be competitive after 2050 - McKinsey19-05-2021, 14:22
Steel raw material prices are skyrocketing across the board18-05-2021, 12:34
Sign in with: