European automakers suspend production on the backdrop of the spread of coronavirus COVID-19. 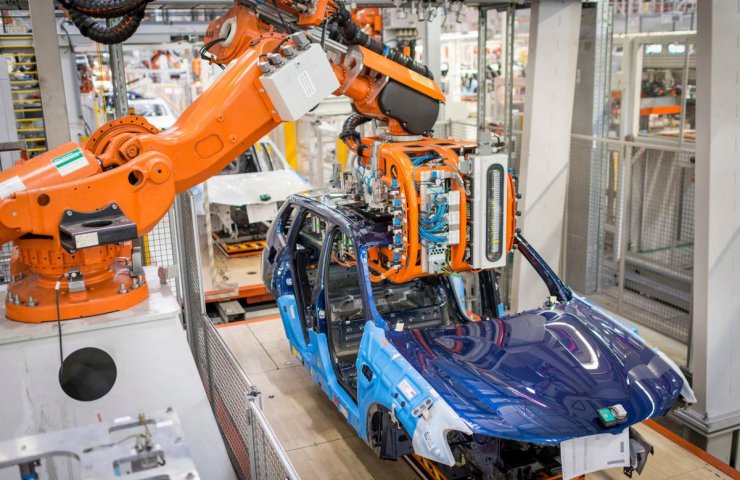 French carmaker PSA Group, which manufactures cars under the brands Peugeot, Citroen, DS, Vauxhall and Opel announced the closure of all enterprises in Europe until March 27.

Monday don't work and automobiles in the French Mulhouse and Madrid, Tuesday closed three companies in France, in Zaragoza, Spain, two German plant, as well as companies in the UK and Poland. From March 18 to suspend the production plants in Portugal, the French and the Spanish Orden Vigo, 19 March - at the British Luton and in Slovakia.

Fiat Chrysler is suspending almost all production for the next two weeks. Will be closed to eight companies, including six in Italy.

Renault SA will temporarily cease industrial operations in Spain after the introduction by the government of a state of emergency for 15 days. The suspension will last until the abolition of that regime, the report says the French automaker. The company plans to quickly restore production after a crisis situation.

French tyre manufacturer Michelin announced the closure Tuesday of enterprises in Italy, Spain and France at least a week. The company notes that the period of suspension of work, depending on the development of the situation can be extended, and also introduced in other European countries.

the German Volkswagen announced that it becomes difficult to maintain production volumes at the European plants due to disruption of supplies of components, as well as the introduction of emergency regimes in various countries of the region.

the company noted the improvement of the situation in China, where he resumed work on 31 of the 33 it companies.

Italian factories of VW, which produces Lamborghini and Bugatti, have suspended production, as well as the Spanish plants for the production of SEAT, writes The Wall Street Journal.

Channel N-TV on Tuesday reported that Volkswagen March 20, will suspend production due to the coronavirus. It does not specify on what exactly the company is about.

Recommended:
Ukrzaliznytsia has proposed the employees to work remotely for a period of quarantine
In January wages in the Ukrainian MMC fell by 8-16%, except for ferrous metallurgy and production of metals
The European Commission presented a new strategy of industrial policy of the European Union
On this topic
The European auto industry closes plants because of the violation of supply chain components
Renault and Nissan said that the Alliance is not going to collapse
The Supervisory Board of PSA approved the merger with Fiat Chrysler
Opel after four-year hiatus resumed the sale of cars in Russia
US Steel анонсировала массовые сокращения в Словакии
Немецкий автопром готовится к обвалу?
Add a comment
Сomments (0)
News Analytics
Saudi Arabia called for an emergency meeting of OPEC+ after the call of the02-04-2020, 21:12
Fitch Ratings forecasts a "deep global recession"02-04-2020, 16:33
Ukraine accepted the offer of the Mask on the free ventilators02-04-2020, 16:35
Vale: weak demand for steel will hit the price of ore02-04-2020, 13:58
Belarus buys oil in Russia at $ 4 per barrel02-04-2020, 12:49
Взгляд в будущее: водные ресурсы, смена климата и гидроэнергетика02-04-2020, 12:51
Coronavirus greatly distorted world markets of stainless steel31-03-2020, 15:01
BMW together with Japanese Toyota has created a hydrogen engine with an output31-03-2020, 12:22
Johnson & Johnson will begin testing a vaccine against the coronavirus in30-03-2020, 14:50
The company of Ukrainian businessman plans to deliver on the moon scientific26-03-2020, 11:15