The European Battery Alliance has ambitious goals. Berlin, Paris and Brussels want to bite off significant battery market shares from Asia and the United States. 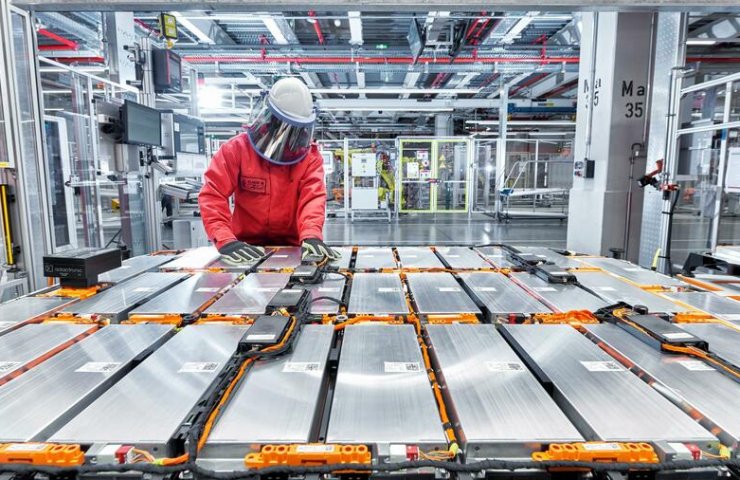 “When we founded the European Battery Alliance three years ago, the battery industry in the EU was not even close to establishing itself in global competition. Since then, we have made remarkable strides. ”

Recently, "giant steps" have been taken in the development of the industry. The EU "is able to strengthen economic sovereignty and independence in a strategically important sector." Shefkovic and other leading EU politicians formed the European Battery Alliance in 2017 to reduce the domestic auto industry's dependence on Asian battery cell manufacturers.

The Alliance currently supports nearly 70 industrial projects, with 3 to 4 million jobs expected to be created in this sector by 2025.

“By 2025, we intend to become the second largest battery cell manufacturer in the world after China. Moreover, about 30 announced projects should largely satisfy the EU's demand for batteries for electric vehicles, ”Shefkovic said.

According to him, 2020 was the year of electric vehicles in Europe, as the market reached historic highs - in particular, more than 1 million electric vehicles were registered, which effectively doubled their number on EU roads.

Recommended:
Germany reduced steel production by 10% amid total shortage
The capacity of the domestic steel market in Ukraine in January-March decreased by 6.38%
ArcelorMittal Kryvyi Rih received two more EffiShunter 1600 diesel locomotives from the Czech Republic
On this topic
The UN believes that the world did not hear the warnings of the Global Preparedness Monitoring
Yuzhmash told whether it is possible to launch reusable rockets from the Black Sea
Tesla can count on subsidies from the German government – Minister Altmaier
The EU report: Implementation of reforms continues to bring together the EU and Ukraine
Samsung SDI and Volvo to jointly develop batteries for electric vehicles
Is the German auto industry preparing for a collapse?
Add a comment
Сomments (0)
News Analytics
Ukraine and the United States are deepening cooperation in the trade and20-04-2021, 20:46
Nikopol pipe plant "Centravis" is approved as a supplier of the Chinese20-04-2021, 20:10
The capacity of the domestic steel market in Ukraine in January-March decreased19-04-2021, 10:33
In Russia, there is an exuberant demand for agricultural machinery19-04-2021, 10:24
Iran is satisfied with the reaction of the world community to 60% enrichment of18-04-2021, 13:24
World Steel Association predicts a good year for metallurgists15-04-2021, 18:19
World Steel Association defines green steel and its variations12-04-2021, 13:14
China unlikely to cut steel capacity in 2021 due to high steel prices07-04-2021, 12:11
Scrap metal market at the beginning of April02-04-2021, 11:10
Rising Chinese Prices Fueled Rising Global Steel Prices - MEPS25-03-2021, 18:54
Sign in with: