The steel industry, the United States recognized itself the most energy efficient in the world

American trade Association for manufacturers of steel AISI said about the leadership of the metallurgy of the United States in energy efficiency and environmental efficiency. 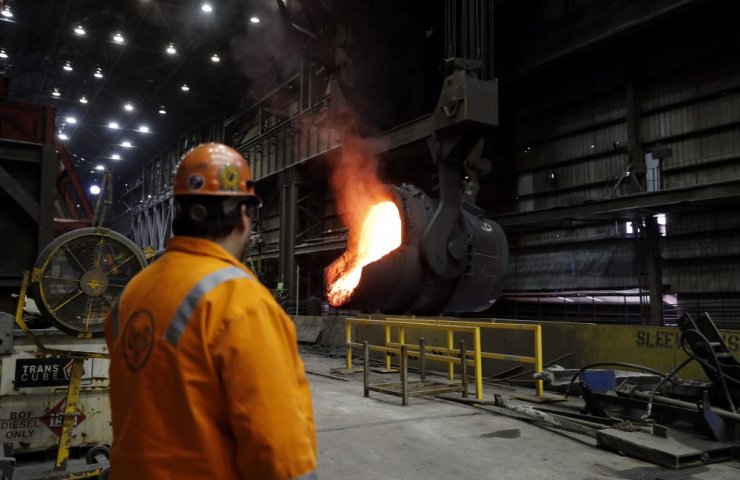 the American steel industry became the world leader in energy and environmental efficiency, said at the American iron and steel Institute (AISI).

The domestic steel industry leads the way in global energy and environmental performance. The steel industry in the United States has reduced its energy intensity by 35% and CO2 emissions intensity by 37% per ton of steel shipped since 1990. #AmericaRecycles pic.twitter.com/UjqNB8B9xL

the Association said that the steel industry in the United States since 1990 has reduced its energy intensity by 35% and CO2 emission intensity of 37% per tonne of steel shipped.

According to the Agency for environmental protection of the United States for the period 1996 to 2016 the American steel sector has reduced air emissions by almost 80%.

"Each year, the steel industry saves the energy equivalent for the expense of processing, capable of providing electric power to 18 million households," - said in AISI.

In 2016, the recycling of steel in the United States has provided 180 000 jobs, with salaries of more than 8 billion dollars, and the taxes paid almost $ 2 billion.

Финансовая аналитика, прогнозы цен на сталь, железную руду, уголь и другие сырьевые товары. More news and analytics on Metallurgprom telegram channel - subscribe to get up-to-date market information and price forecasts faster than others.
Сomments
Add a comment
Сomments (0)
On this topic
Mother Elon musk helped his son to sell the Tesla in the new year's eve
Elon Musk contracted coronavirus, but doubts the reliability of the tests
Tata Steel joined the project of construction of European hyperloop
German Schaeffler destroyed 8.5 tonnes of fake bearings
EU leaders approve plan to cut greenhouse gas emissions by 55% by 2030
Elon Musk explained the rise in prices for Tesla by the increase in costs for rolled metal and
Recommended:
The state will not support the export of metals from Russia - Ministry of Industry and Trade of the Russian Federation
EU new car market continues to recover in double digits
Zaporizhstal summed up the results of production in October 2022
News Analytics
Metinvest enterprises in Ukraine resumed work after massive shelling of29-11-2022, 11:59
The European Council added the violation of restrictive measures (sanctions) to28-11-2022, 14:22
The abolition of export duty in India may reduce the price of Turkish steel28-11-2022, 14:07
Australia and the UK aim to catch up and overtake China in the battery metal26-11-2022, 22:37
The United States imposed a ban on the import and sale of equipment from26-11-2022, 22:31
Commodity prices will fall, metals quotes will rise slightly - Focus Economics28-11-2022, 13:28
Platinum market to face shortage next year - WPIC22-11-2022, 18:25
Global steel demand falls and will fall by 2.3% in 2022: WorldSteel19-10-2022, 23:12
Iron ore prices fall to 11-month low15-10-2022, 10:36
China production cuts in winter will give limited boost to steel markets -15-09-2022, 10:09
Sign in with: