Gold quotes close to the key resistance of $ 1,900 amid declining consumer confidence in the US and declining new home sales in the country, which has increased the attractiveness of the precious metal as a safe-haven asset. 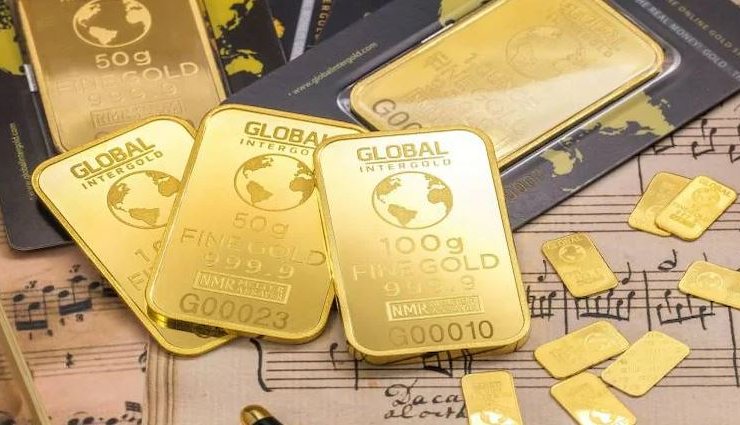 The US consumer confidence index fell to 117.2 in May from the revised 117.5 in April, the Conference Board said on Tuesday. This is below the forecast of economists polled by Dow Jones and WSJ, who expected the index to be 119.5 in May.

US new home sales in April fell nearly 6% from February to a seasonally adjusted 863,000 units per year. This is evidenced by a report released on Tuesday by the US Department of Commerce. Economists surveyed by MarketWatch expected sales of 959,000 homes per year.

However, according to data released on Tuesday by S & P /CoreLogic /Case-Shiller, the national house price index, which measures average home prices in major US metropolitan areas, rose 13.2% in March compared to the same period last year. of the year. The March figure was the highest since December 2005.

The ICE dollar index was down 0.2% to 89.665. A weaker dollar could make assets denominated in US currencies more attractive to holders of other currencies. The yield on 10-year US Treasuries is roughly 1.568%, nearing lows since early May. Falling yields on these securities could strengthen the position of precious metals and other non-coupon-bearing assets as the opportunity cost of owning such metals and other assets decreases.

“The economy has started to work almost at full strength, and we believe that in such conditions, the former classic demand for gold and silver will return,” added Khaciannis.

Recommended:
LADA in half a year has increased sales of cars in Russia to 200 thousand units
Chinese mining giant donates water system to Serbian village
AvtoVAZ raised prices for the fourth time since the beginning of the year due to the rise in prices for metal products
On this topic
Gold rises above $ 1,800 an ounce for the first time since February
Ukraine needs to reduce mortgage rates to 8-10% - Confederation of Builders of Ukraine
Gold is still perceived as a safe haven amid the pandemic
Gold prices can exceed 1800 dollars per ounce due to coronavirus
Gold has overcome critical level, prices in 1500 dollars per ounce
Stock exchange gold prices continue to fall
Partner news
Сomments
Add a comment
Сomments (0)
News Analytics
Metinvest is ready to pay more than 9 billion hryvnia for the Dnieper steel26-07-2021, 13:01
Cherkassk Azot by Dmitry Firtash completed the modernization of the ammonia26-07-2021, 13:45
Rinat Akhmetov's engineering holding Corum Group focuses on export26-07-2021, 13:11
Tesla's Berlin Gigafactory to be fined for installing devices not approved by26-07-2021, 12:35
The capacity of private solar power plants in Ukraine approached 1 gigawatt26-07-2021, 11:42
On the regional markets of metallurgical products, prices are balancing in a22-07-2021, 16:22
Demand for armaments will ensure a stable growth of armored steel sales by 4%20-07-2021, 10:10
Protectionist Measures Support European Steel Prices Despite Summer Lull19-07-2021, 11:02
Positive price growth is observed in the markets for metallurgical products16-07-2021, 14:12
European steel market is in confusion: price growth has slowed down, but no one21-06-2021, 17:40