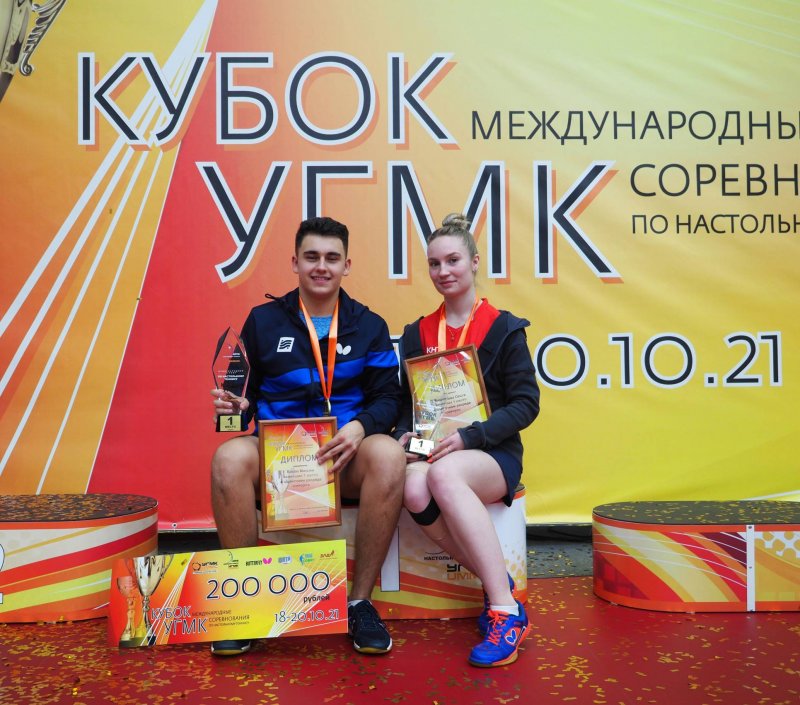 The international table tennis tournament for the UMMC Cup has ended in Verkhnyaya Pyshma.

The final of the tournament was held just on the birthday of the Ural Mining and Metallurgical Company, it was formed exactly 22 years ago.

UMMC tennis player Olga Vishnyakova won gold among girls and a cash prize of 200,000 rubles. In a difficult semifinal match, she turned out to be stronger than Arina Slautina from Kazan - 4: 3, and in the final with the same score she outplayed the representative of Samara, Ekaterina Zironova. Bronze medal for Arina Slautina and FNTR leader Elizabeth Abrahamyan.

Among Muscovite Maxim Bokov took the first place among the youths. With a score of 4: 2, he first beat the athlete from Kazan, Marat Sultanov, and then was stronger than another tennis player from the capital, Yevgeny Tikhonov.

" I still don't understand that I won, the final matches were very difficult. I am very glad that we managed to have a good ending. The coach helped me a lot, every time he encouraged me and prompted me, thanks to this I managed to win, ”Olga Vishnyakova shared her emotions after the victory.

Recall that the UMMC-2021 Cup has become the fifth. For the first time the tournament was held in 2016, in 2020 it was not held due to the pandemic.

This year, girls played in the tournament for the first time. In total, 24 juniors and 24 juniors from Russia and Kazakhstan took part in the competition.

Athletes who took places from 5 to 8 received 10,000 rubles each. Among them are UMMC athletes Miron Vasiliev, Ramis Tuychiev, Semyon Shevnin, Vera Smirnova and Zlata Terekhova.