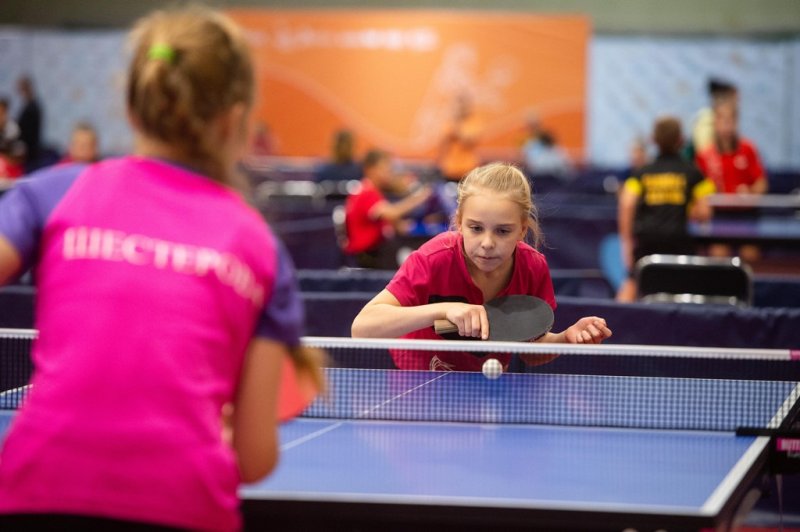 The international table tennis tournament "UMMC-Ope" among athletes born in 2010 has started in Verkhnyaya Pyshma for the third time. and younger.

The tournament is dedicated to the memory of the first president of the UMMC Table Tennis Club Vladimir Beloglazov, thanks to whom these competitions appeared in 2019.

128 young tennis players (64 boys and 64 girls) from 29 regions of the country are the strongest athletes who have received personal invitations from the organizers or occupy 1-40th places in the rating of the Table Tennis Federation of Russia. There are also six young players from Belarus among the participants.

" Thanks to Vladimir Beloglazov in Table tennis was revived in the Sverdlovsk region, in Verkhnyaya Pyshma and Yekaterinburg in particular. His participation in the development of a particularly children's direction is generally difficult to assess. And if it were not for the UMMC Table Tennis Club, which he headed from the first day of its creation, then there would be no such interest in this sport, "- noted the honorary guest of the event, Head of Yekaterinburg Alexey Orlov.

The competitions are being held in singles in three stages.

“There are practically no analogues to the“ UMMC-Ope ”tournament in Russia, this is the best tournament among young athletes. Starting from a meeting at the airport and ending with wires - the organization always takes place at the highest level. Of course, Verkhnyaya Pyshma has a magnificent hall, it is a pleasure to play such a game. And it is very important that the athletes play in a circle. Such a system allows you to identify the really best ", - commented Elena Bokova, mother and personal trainer of the winner of" UMMC-Ope 2020 "Alexandra Bokova.

“This is the third time that we are holding the competition. The assessment of the participants is very pleasant, every year athletes and coaches say that this tournament is the best in Russia in terms of its age. Therefore, we did our best so that this year the competitions were held at the same level, or even higher, because this year the tournament is dedicated to the memory of the first president of the UMMC Table Tennis Club, Vladimir Beloglazov, "- Beloglazov," said the director of the UMMC Table Tennis Club Dmitry Balachenkov.