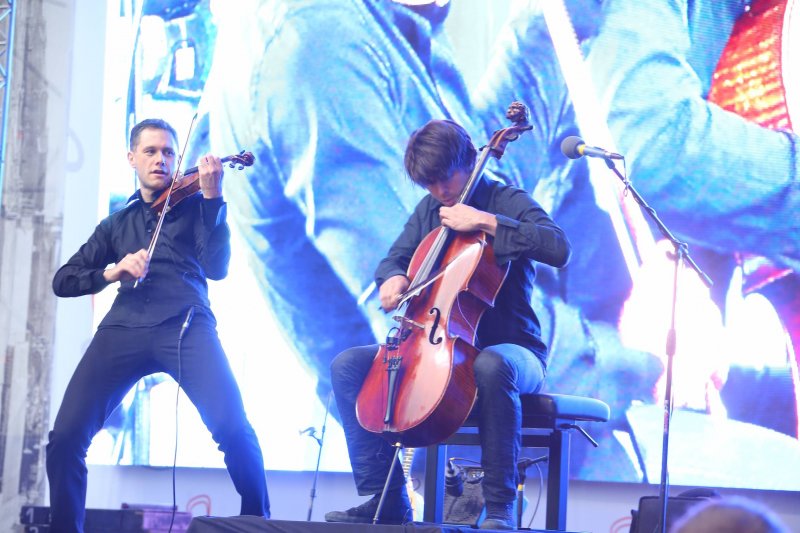 The organizers are pleased with the opportunity to give the townspeople a holiday and have worked out a scheme of necessary restrictive measures to ensure the safety of visitors to the event. taking into account all the requirements of Rospotrebnadzor, as well as the recommendations of the Austrian office of the copyright holders of the Vienna Festival. The Vienna Festival is now successfully taking place in Vienna, where the same measures have been introduced that will be applied in Yekaterinburg.

The Vienna Film Festival, which has been pleasing the residents of Yekaterinburg since 2010, will traditionally be held in the format of daily screenings of videos of operas and concerts broadcast in the open air on a screen on the square in front of the main building of the Ural Federal University (Mira str. 19). There will be 750 fixed seats for spectators. Admission to the site is possible by prior registration.

Today, on the opening day, a recording of the opera Rigoletto, made in 2019 in the Austrian city of Bregenz, will be shown at the festival, the stage of which is on the water. The performances on Lake Constance already look unusual in themselves. Spectacularity of the new production of the eternal masterpiece of Giuseppe Verdi is added by its main decoration - a huge jester's head 14 meters high and weighing 35 tons.

On this topic
The TMK Board of Directors recommends accepting the voluntary offer of the TMK subsidiary in
RUSAL held a film festival in small towns of Russia
Main day: BMZ celebrated Metallurgist Day
The jubilee Vienna Music Film Festival has opened in Yekaterinburg
The eternal flame from the factory furnace, Victory Waltz, Procession of military equipment and a
An exact replica of the world's first car was parked on the Plotinka
Partner news
Сomments
Добавить комментарий
Комментарии (0)
News Analytics
Azerbaijan's SOCAR plans to invest in the extraction of battery metals in26-07-2021, 22:00
The first domestic industrial energy storage system was developed and launched26-07-2021, 22:11
The profitability of purchases of scrap metal in Ukraine has decreased, but is26-07-2021, 17:27
Metinvest is ready to pay more than 9 billion hryvnia for the Dnieper steel26-07-2021, 13:01
Cherkassk Azot by Dmitry Firtash completed the modernization of the ammonia26-07-2021, 13:45
On the regional markets of metallurgical products, prices are balancing in a22-07-2021, 16:22
Demand for armaments will ensure a stable growth of armored steel sales by 4%20-07-2021, 10:10
Protectionist Measures Support European Steel Prices Despite Summer Lull19-07-2021, 11:02
Positive price growth is observed in the markets for metallurgical products16-07-2021, 14:12
European steel market is in confusion: price growth has slowed down, but no one21-06-2021, 17:40