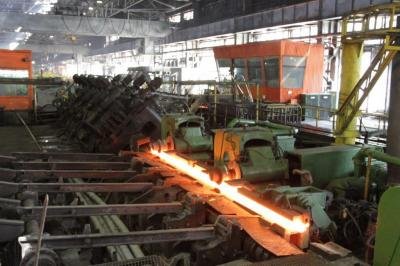 В During the overhaul, three walking beams 15 meters long and weighing more than 20 tons were replaced on the walking hearth furnace. Such works are carried out every 10 years. The frame of the water wash hopper was also modernized. The uniqueness of this work lies in the fact that for the first time during the operation of the furnace, the load-bearing metal structures of the bunker were replaced and the lining was restored.

In addition, repair work was performed on hot-cutting shears and saws for batch cutting of pipes. The piercing mill was modernized with the replacement of the converter of the main electric drive, which will lead to more efficient control of the piercing mill and increase its reliability. Upgraded blooming mill with replacement of rotary tables. The foundations for the equipment were repaired.

During the overhaul, modern digital technologies were introduced - the monitoring system and digital data collection on the operation of the mechanisms of the hot-rolled pipe section were modernized, which will make it possible to quickly eliminate deviations in the operation of equipment and purposefully to increase its reliability.

“In the process of hot rolling of pipes there is an increased wear of the equipment, it is required to regularly maintain it in good condition. During the overhaul, the necessary restoration work was carried out, as well as a large-scale modernization of the pipe rolling unit. Thus, on the one hand, we ensured further uninterrupted operation of the unit with the required performance, on the other hand, we took another step towards the implementation of the strategy of our enterprise to constantly improve the quality of the products, "said Vyacheslav Gagarinov, Managing Director of SinTZ.