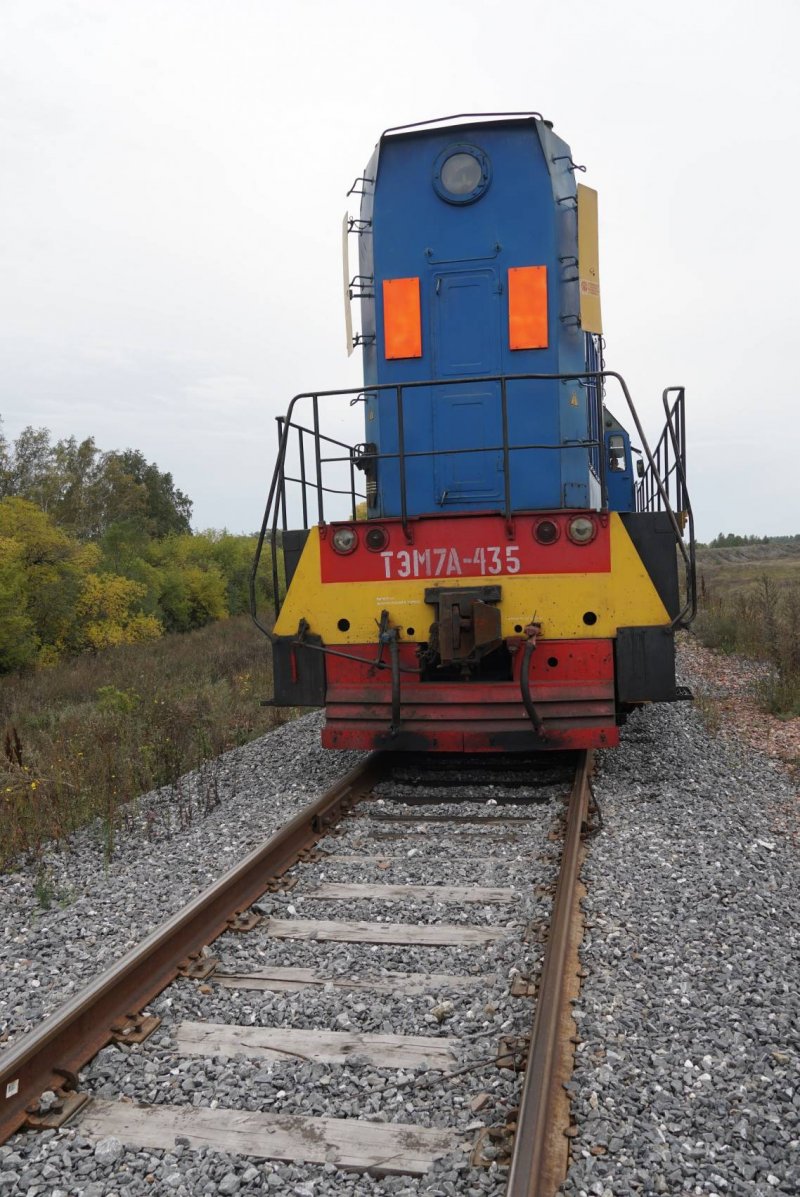 At the Bachatsky coal mine (a branch of JSC "MC" Kuzbassrazrezugol ", an enterprise of the raw materials complex of UMMC), as part of the project for the development of the second stage of the enterprise, a bypass railway line was put into operation between the Technological and Semenushkino stations. The coal company allocated more than 480 million rubles for its construction. A new connecting line between the two stations was laid to replace the old one, which hindered the development of mining operations on the eastern side of the northern part of the Bachatsky open-pit mine. Its commissioning allowed the enterprise to more efficiently solve the issues of coal loading. "Construction of a new bypass track allowed to reactivate mining operations on the eastern side of the open pit, today stripping is already underway there for further coal production," comments Vasily, head of the railway transport department of JSC Kuzbassrazrezugol Alboschiy. “In addition, this section connects the stations adjoining the branch - Bachaty and Razrez JSC Russian Railways, thereby ensuring the uninterrupted transfer of cars from one station to another.” The new railway line is also used to ensure the stable functioning of the branch's railway infrastructure - the passage of track repair equipment and locomotives to carry out the necessary repairs or maintenance. The length of the bypass connecting track is more than 14 kilometers. During its construction, 4 turnouts were laid, the compressor room at Semenushkino station was reconstructed, inter-station communication and lighting were installed, pneumatic equipment was installed on the turnouts and the installation of remote control systems for switches and signals was completed.

Похожие материалы
Kuzbassrazrezugol has launched the second Russian excavator of the modernized series
Kuzbassrazrezugol has renewed its locomotive fleet for 18 diesel locomotives
The TMK Board of Directors recommends accepting the voluntary offer of the TMK subsidiary in
"KRU" has acquired a new locomotive production SHAAZ
Kuzbassrazrezugol will allocate over 1 billion rubles for the development of railway transport
Kuzbassrazrezugol has built modern treatment facilities
Добавить комментарий
Комментарии (0)
News Analytics
Innovative matrix headlights on the Audi E-Tron19-10-2020, 22:43
Tensions rise between China and Australia over commodity trade14-10-2020, 18:15
The European Union confirms its intention to introduce a border tax on carbon13-10-2020, 13:20
ArcelorMittal Europe to start producing green steel from 202013-10-2020, 12:44
Kremenchug refinery launched an isomerization unit13-10-2020, 12:43
Dolomite powder market to reach USD 33.44 billion by 202705-10-2020, 12:33
Iron ore prices to surpass six-year high soon16-09-2020, 10:32
World Oil Demand Peak May Be Over - BP15-09-2020, 09:05
China expands car market capacity by increasing demand for steel and metals11-09-2020, 10:56
Prices continue to rise in the long and flat steel markets08-09-2020, 14:25
Sign in with: