Sibir-Polymetals JSC summed up the results of 2020 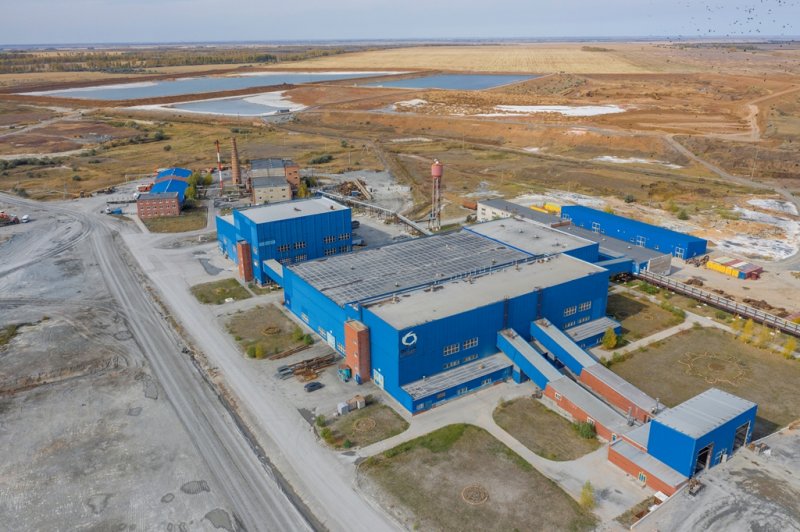 JSC Siberia-Polymetals, one of the largest industrial mining complexes included in the UMMC group, summed up the results of work for 2020. Compared to previous periods, the company's profit has grown significantly. The volume of production increased by 14%, and refining - by 17%. In general, the company ended the year with good production and economic results.

Currently, the development of the largest deposits of polymetallic ores - with a high content of zinc, copper, lead, as well as gold and silver, continues at the Korbalikhinsky, Zarechensky and Stepnoy mines ... Processing is carried out at the Zarechenskaya and Rubtsovskaya concentrating plants, where the next stage of reconstruction was completed in 2020.

Active construction is underway at the Korbalikhinsky mine. In August 2020, the second start-up complex was put into operation here, the arrangement of the skip-cage shaft is being completed, due to which the need to transport the ore to the surface with heavy self-propelled equipment will soon disappear. At the same time, the construction of facilities for the third start-up complex is underway: modernization of the boiler house, construction of buildings for the main ventilation unit and the pit building. In general, in 2020, the volume of investments in the objects of the Korbalikhinsky mine and Rubtsovskaya concentrating plant exceeded three billion rubles. In 2021, investments will amount to 5.7 billion rubles. The Korbalikhinsky mine plans to reach its design capacity with production of up to 1.5 million tons of ore per year in 2022.

- One of the key areas of work of Siberia-Polymetals is the development of the UMMC Business System, the goal which - increasing the efficiency of the enterprise, - says the general director of JSC "SPM" Vadim Ryazantsev. - Within the framework of the operational transformation project in 2020, the employees of the enterprise submitted more than 770 ideas aimed at improving production and financial performance, improving working conditions and industrial safety. 750 employees who took part in the implementation of the project received additional bonuses totaling more than 25 million rubles. In general, the employees implemented 32 initiatives, the economic effect of which amounted to about 800 million rubles. Thanks to the involvement of employees in the UMMC Business System, the company follows the path of sustainable development.

On this topic
VEB.RF and SberCIB will provide 17.6 billion rubles for the implementation of one of the key
Severstal reports financial results for the third quarter and nine months of 2020
Development of the Korbalikhinskoye field recognized as a significant project for the Altai
The TMK Board of Directors recommends accepting the voluntary offer of the TMK subsidiary in
UZTM put another one hauling the car to the enterprise of UMMC
Garbalinski development of the field will receive additional funding
Добавить комментарий
Комментарии (0)
News Analytics
In the Republic of Tuva, a citizen of China died as a result of a collapse in a17-01-2021, 11:44
Lenovo remains the global leader in personal computer shipments in 202017-01-2021, 08:19
Ukrzaliznytsia held successful auctions for the sale of scrap metal with an16-01-2021, 17:35
Gosgeonedra of Ukraine is moving to the world geodetic coordinate system WGS-8416-01-2021, 13:38
The only uranium mining enterprise in Ukraine reduced uranium production by 7.1%16-01-2021, 13:52
China will overtake the United States to become the world's largest economy in27-12-2020, 12:04
The shortage in the US steel market will last at least until the end of the25-12-2020, 11:36
Steel production in China to surpass one billion tons this year23-12-2020, 10:59
Iron ore prices hit seven-year high and continue to rise15-12-2020, 10:26
Prices for metallurgical raw materials continue to rise in regional markets10-12-2020, 11:32
Sign in with: