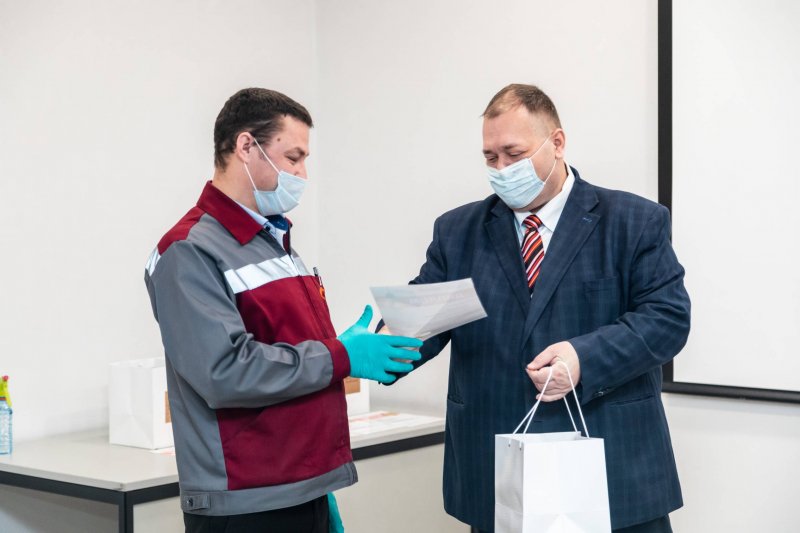 JSC "Uralelectromed" (an enterprise of the metallurgical complex of UMMC) hosted the "High five!" contest aimed at involving employees in the process of continuous improvement and development of creative initiative. According to the terms of the competition, during December the employees of the enterprise had the opportunity to submit five or more ideas through the tool of the UMMC Business System "Idea Factory" and receive a corporate gift.

According to the head of the intellectual property bureau of the technical department of the engineering and production management JSC "Uralelectromed" by Ekaterina Zvereva, in total 35 people took part in the competition, who issued a total of 237 ideas. Most of the proposals are related to improving the quality and working conditions, reducing production costs. The winners, according to the terms of the competition, were chosen by a random number generator.

- The competition has significantly increased the interest of the company's employees in technical creativity. The results exceeded expectations not only in terms of mass scale, but also in the quality of the proposed innovations. In December, the employees of the enterprise issued 616 ideas, and in just a year - 3199 proposals, - said the head of the technical department of JSC "Uralelectromed" Konstantin Timofeev.

The absolute winner of the competition, who submitted the largest number of ideas (17), became the master of production of steel structures Alexander Plotnikov.

All participants of the competition were awarded diplomas and corporate gifts.

On this topic
Implementation of employee ideas will bring Metalloinvest over 960 million rubles
MMK increases the efficiency of innovation activities
"Orenburg radiator" implemented the project of engineering students
TMK held a single day of Lean production
Knowledge Day of UMMC celebrated in Verkhnyaya Pyshma
TMK Announces 4Q and 12M 2018 IFRS Results
Добавить комментарий
Комментарии (0)
News Analytics
The price bubble in the US steel market has inflated to its maximum - the only27-01-2021, 10:00
Global steel production down 0.9% in 2020 - World Steel Association27-01-2021, 09:59
Interpipe fully repaid Eurobonds debt27-01-2021, 09:49
EVRAZ considers potential spin-off of coal business27-01-2021, 09:46
China to accelerate development of all-weather batteries for electric vehicles27-01-2021, 09:44
China will overtake the United States to become the world's largest economy in27-12-2020, 12:04
The shortage in the US steel market will last at least until the end of the25-12-2020, 11:36
Steel production in China to surpass one billion tons this year23-12-2020, 10:59
Iron ore prices hit seven-year high and continue to rise15-12-2020, 10:26
Prices for metallurgical raw materials continue to rise in regional markets10-12-2020, 11:32
Sign in with: