"Svyatogor" added to the park of quarry equipment 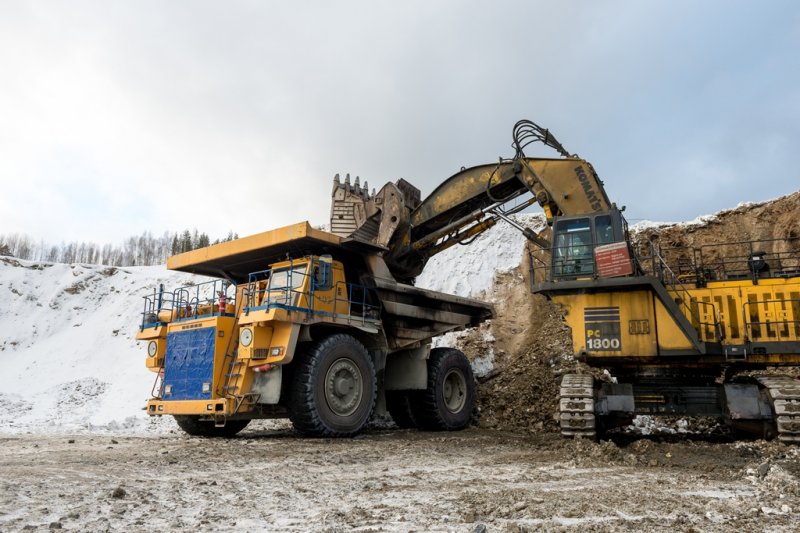 The mining equipment park of Svyatogor JSC (an enterprise of the UMMC metallurgical complex) has been replenished with three modern units.

Thus, the miners received two BelAZ mining dump trucks (Republic of Belarus) with a carrying capacity of 136 tons each. The purchase of equipment became possible due to the implementation of the program of replacement and modernization of worn-out equipment at Svyatogora. The "newcomers" will replace their Japanese "brothers" - Komatsu mining dump trucks, which have been in operation since 2004.

The dump trucks will be used to transport rocky soil. These "strongmen" will be put into operation after registration with Rostekhnadzor.

The new vehicles will be equipped with the GLONASS system, which will allow monitoring not only diesel fuel consumption, but also compliance with the speed limit. At present, the cars are going through the obligatory start-up procedure - the lining of the body with metal plates.

BelAZ is not the only acquisition. Another novelty awaits its hour - a Komatsu RS 2000 excavator (Japan) with a backhoe and a bucket volume of 11 cubic meters. "Yaponets" will also replace its predecessor.

The costs of JSC "Svyatogor" for the purchase of mining equipment exceeded 400 million rubles.

On this topic
New underground equipment has been added to the vehicle fleet of Uchalinsky GOK
The TMK Board of Directors recommends accepting the voluntary offer of the TMK subsidiary in
Kuzbassrazrezugol purchased 87 new BelAZ trucks
Mechel and BELAZ-24 signed a contract for the supply of mining dump trucks
Kuzbassrazrezugol expands its technological transport fleet
Lebedinsky GOK received new 220-ton BELAZ trucks
Добавить комментарий
Комментарии (0)
News Analytics
Gas prices in Ukraine have reached a record value over the past two years -16-04-2021, 17:24
Ukrmetallurgprom asks the Antimonopoly Committee to allow Metinvest to bid for16-04-2021, 17:23
A fatal accident occurred on the territory of the Dnieper Metallurgical Plant16-04-2021, 13:01
Cars built for Euro 2012 will be repaired at the Kryukov Carriage Works16-04-2021, 12:46
Novokramatorsk Machine-Building Plant has raised wages for the second time16-04-2021, 12:54
World Steel Association predicts a good year for metallurgists15-04-2021, 18:19
World Steel Association defines green steel and its variations12-04-2021, 13:14
China unlikely to cut steel capacity in 2021 due to high steel prices07-04-2021, 12:11
Scrap metal market at the beginning of April02-04-2021, 11:10
Rising Chinese Prices Fueled Rising Global Steel Prices - MEPS25-03-2021, 18:54
Sign in with: