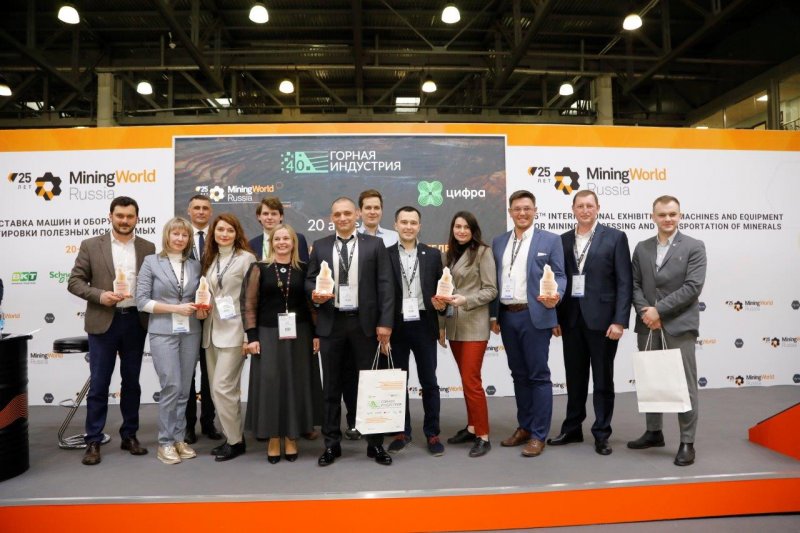 JSC "MC" Kuzbassrazrezugol "(an enterprise of the raw materials complex of UMMC) became the winner in two nominations of the competition for effective digitalization projects in the mining industry" Mining Industry 4.0 ", which was held within the framework of the International Exhibition of Machines and Equipment for the Extraction, Processing and Transportation of Mineral Resources Miig World Russia. The project of the coal company "Three-dimensional modeling of coal deposits and the organization of remote monitoring of the state of mining operations" was recognized as the winner in the nomination "Digitalization of open pit mining". In the nomination of the same name from the co-organizer of the competition - GC "Tsifra" - the project "Automated dispatching system for mining transport equipment of the Bachat coal mine" won. Both projects are part of the digital strategy of the transformation program of the Kuzbassrazrezugol Management Company. The project “Three-dimensional modeling of coal deposits and the organization of remote monitoring of the state of mining operations” is aimed at ensuring the most important direction in the company's activities - safe and trouble-free production. “Today we are creating a multifunctional security system ( MFSB), which is based on remote monitoring of all critical safety parameters of mining operations. The digital twin of the open pit will become the basic platform for remote monitoring, - says Stanislav Matva, Technical Director of JSC MC Kuzbassrazrezugol. “This is the foundation of the digital future of the enterprise.” To create a digital twin, the company is developing three-dimensional geological models of sections. To fill the models with operational and reliable data, as well as to ensure safe and trouble-free production, remote monitoring of mining operations was organized using digital technologies and equipment: radar, downhole sensors, quadcopters, GPS systems, mobile laser scanning systems, a hydrographic complex. Automated dispatching system for mining and transport equipment of the Bachat coal strip mine "- increasing the productivity of the mining and transport complex of the enterprise due to operational management of production." The introduction of the system made it possible to reduce by a quarter the idle time of excavators waiting for dump trucks, increase the load of dump trucks and reduce the consumption of fuels and lubricants. The projected economic effect is 150 million rubles per year, "says Oleg Shevelev, head of the information technology and production automation department of MC Kubassrazrezugol JSC. The Company plans to replicate this project to other branches. In 2020, the project for the implementation of an automated dispatching system at the enterprises of the Kuzbassrazrezugol Management Company, following a competitive selection by the Russian Fund for the Development of Information Technologies, was recognized as one of the best in the implementation of domestic IT solutions out of almost one and a half hundred applicants. The grant received by the company for the implementation of the project will allow to equip all open-pit mines of the Kuzbassrazrezugol Management Company with equipment for work in the automated control system by mid-2022.

On this topic
Kuzbassrazrezugol created the first 3D model of a coal mine
"Severstal" has implemented a digital double for the optimization of business processes
"KRU" is building digital plans
The heroes of Professional Olympus-2019 were named at BMZ.
PJSC Magnitogorsk Iron and Steel Works implements a business digitalization program with the
The eternal flame from the factory furnace, Victory Waltz, Procession of military equipment and a
Добавить комментарий
Комментарии (0)
News Analytics
Volodymyr Zelenskyy signed a law to extend the export duty on ferrous scrap16-05-2021, 09:29
China's Tianwen 1 spacecraft successfully landed on Mars15-05-2021, 12:56
British law enforcement officials accused Liberty Steel and GFG Alliance of15-05-2021, 12:03
Chip shortage will cost the global auto industry $ 110 billion in revenue in14-05-2021, 12:15
Zaporizhzhya Dneprospetsstal expands international partnership14-05-2021, 11:17
The current state of the market is ideal for the sale of rolled steel - IREPAS04-05-2021, 18:41
Global hydrogen demand to grow 7-fold by 2070 - PwC21-04-2021, 12:31
World Steel Association predicts a good year for metallurgists15-04-2021, 18:19
World Steel Association defines green steel and its variations12-04-2021, 13:14
China unlikely to cut steel capacity in 2021 due to high steel prices07-04-2021, 12:11
Sign in with: