According to the results of the first half of the year, UMMC exceeded the plan of the transformation program by 25% 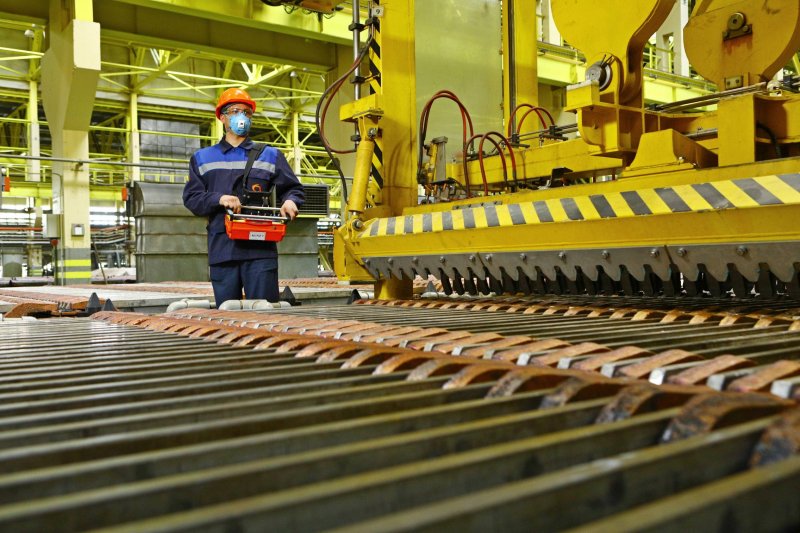 UMMC summed up the results of the transformation program for the first half of 2021. The plan was exceeded by 25%: ten enterprises of the company jointly brought an economic effect of 6.9 billion rubles, while the expected - 5.5 billion rubles.

This result was achieved thanks to the well-coordinated work of teams at production sites, as well as additional projects that were not included in the original plan, but appeared at the initiative of business leaders. In total, the teams of enterprises where operational improvements are underway have developed and implemented about 600 initiatives aimed at increasing productivity and reducing costs.

Employees who participated in the development and implementation of the initiatives received additional awards. As before, five percent of the achieved economic effect is returned to staff bonuses. The size of the bonus fund amounted to 397 million rubles, about 18 thousand employees were awarded.

In the second quarter, one of the most impressive initiatives in terms of economic effect - 73 million rubles - was implemented at Uralelektromed, where they managed to reduce the number of unplanned repairs. To this end, the specialists of the Department for the maintenance of fixed assets have introduced a system of economically sound planning of repairs. Now all the mechanisms, units and assemblies available at the enterprise are taken into account in a special computer program with an indication of their service life. The same program in real time allows you to track the time and volume of planned work, as well as collect data for analyzing the reliability of equipment. The initiative made it possible to reduce equipment repair costs by five percent.

Recall that the UMMC operational transformation program started at the end of 2019 and has already covered 17 production sites. In 2022, at least seven more enterprises of the company will join the program.

- One of the goals of the corporate strategy of UMMC is to increase the company's profitability by 60% by 2025 compared to 2020. A key strategic initiative, the operational transformation program, is helping to achieve this goal. If at the first stages of the program, valuable ideas mainly came from development departments at enterprises, now more and more authors are fellow production workers. And not only managers, but also workers. This is largely facilitated by the development of the UMMC Business System, which enables each employee to improve any work process and receive additional remuneration for this, - said Jahangir Makhmudov, UMMC Transformation Director.

Финансовая аналитика, прогнозы цен на сталь, железную руду, уголь и другие сырьевые товары. More news and analytics on Metallurgprom telegram channel - subscribe to get up-to-date market information and price forecasts faster than others.
Сomments
Добавить комментарий
Комментарии (0)
On this topic
TOTAL FOLIA: REVOLUTION IN METALWORKING
One of the best children's tennis tournaments in the country "UMMC-Open" has started in
NLMK steel for new Liebherr mobile cranes with increased lifting capacity
MMK will present its products at an exhibition in Italy
Mining and Metals Companies Accelerate Focus on Sustainability
Kirov plant processing non-ferrous metals entered in the register of bona fide exporters
News Analytics
British Steel owner asks government for financial support05-10-2022, 13:05
The price of gold crossed the mark of 1700 dollars05-10-2022, 13:28
US coal prices top $20004-10-2022, 10:16
Tata Steel merger plan to secure long-term profits03-10-2022, 10:46
US hydrogen prices to drop to zero dollars per kg in 5 to 6 years: Platts02-10-2022, 21:53
China production cuts in winter will give limited boost to steel markets -15-09-2022, 10:09
Steel prices may rise as manufacturers stop production11-09-2022, 14:06
IREPAS: The global long products market is in a "dramatic situation"10-09-2022, 20:49
Steel prices are unlikely to rise significantly in the near future - analysts02-09-2022, 22:58
Steel prices may move up on new data from China31-08-2022, 12:19
Sign in with: