DART took to the skies on a SpaceX Falcon 9 rocket, traveling millions of miles to crash into an asteroid in a planetary defense test 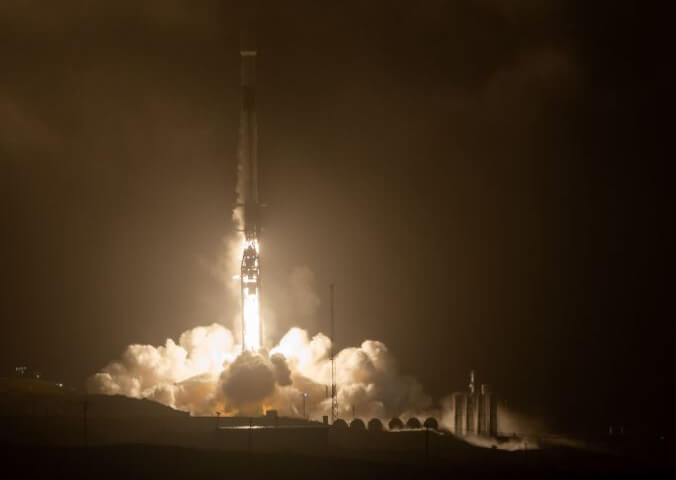 NASA launched its first planet defense mission to test what the agency could do if planet Earth was threatened by an asteroid.

The Agency's Double Asteroid Redirection Testing (DART) mission was launched at 10:20 pm local time on Tuesday, November 23 (1:20 am ET, or 06:20 GMT on November 24) from Space Launch Complex 4 based on space forces Vandenberg. DART took to the skies on a SpaceX Falcon 9 rocket, traveling millions of miles to crash into an asteroid in a planetary defense test.

“Launching Falcon 9 and DART on NASA's first test of planetary defenses to deliberately hit an asteroid,” NASA spokeswoman Marie Lewis said during a live broadcast of the launch.

Almost nine minutes after liftoff, the SpaceX Falcon 9 booster returned to Earth, making a direct landing on the company's unmanned spacecraft, Sure, I Still Love You, in the Pacific Ocean. The landing at sea marked the 95th time SpaceX has rebuilt an orbital-class booster.

DART is now on its way to testing planetary defenses. The mission will use the "kinetic impact" technique to change the asteroid's orbit. In other words, the spacecraft will crash into the space rock to change its direction. DART will strike a space rock called Dimorphos, which orbits the much larger asteroid Didymos, and the mission team aims to reduce its orbit around Dimorphos by a few minutes.

This test will show NASA how the kinetic impact method can work against an asteroid that really poses a threat. If a large asteroid is discovered in the future that somehow threatens Earth, NASA could theoretically send a spacecraft like DART to crash into it and push it in a different direction.

At the moment, nothing is known about such a threatening asteroid. However, scientists have classified only about 40% of all near-Earth objects. Scientists have now cataloged roughly 90% of all near-Earth asteroids, which are the size of the cosmic rock that destroyed Earth's large dinosaurs millions of years ago, Christina Thomas, leader of the DART observing team, told Space.com. However, there are still many smaller space rocks that remain to be identified.