NASA prepares SLS megarockets for crewed missions to the Moon

A huge rocket should take people to the moon in 2024 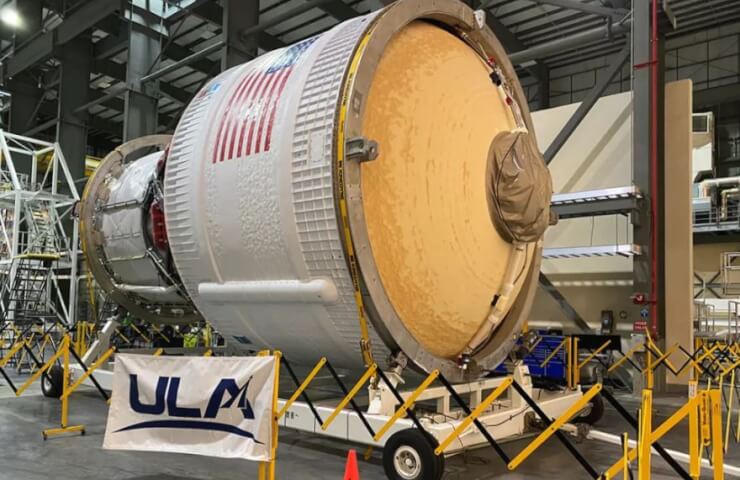 The giant rockets that will take NASA astronauts to the moon in a few years are really getting ready.

In a brief update posted Tuesday (January 11), NASA officials wrote that the agency and its manufacturing partners have made "great progress" in assembling the Space Launch System (SLS) rocket for Artemis 2, a manned spacecraft orbiting the Moon . The mission should start in 2024. Testing and production of SLS parts for the Artemis 3 moon landing mission, now scheduled no earlier than 2025, and its successor Artemis 4, are also underway, the agency said.

The Artemis 1 mission is the first in a series of increasingly complex missions that will expand our footprint on the Moon," Honeycutt added. "The unprecedented power and capabilities of the SLS rocket will allow missions to be sent farther and faster throughout the solar system."

In July, the Artemis 2 SLS Intermediate Cryogenic Propulsion Stage (ICPS) was the first part to arrive in Florida, near the launch pad at NASA's Kennedy Space Center (KSC). ICPS is currently completing final preparations at United Launch Alliance (ULA) and Boeing facilities for delivery to KSC, according to NASA officials. The ICPS for the Artemis 3 SLS is being built at ULA's Decatur, Alabama plant. The stage will be used to push the Orion crew capsule towards the moon.

Meanwhile, the RS-25 boosters and thrusters for the Artemis 2 and Artemis 3 rockets are "in the final stages of assembly," NASA officials said. The Artemis 2 engines are ready for integration with the SLS core stage at NASA's Michoud assembly facility in New Orleans, while the Artemis 3 engines are in preparation at the Aeroject Rocketdyne facility at NASA's Stennis Space Center in Mississippi. (Aerojet Rocketdyne is the prime contractor for the RS-25.) Production of the RS-25 for post-Artemis 4 missions continues.

In the update, NASA also indicated progress on items such as cone-shaped launcher stage adapters for Artemis 2 and 3, as well as fabrication of panels for a test product of a universal stage adapter for future missions.

Artemis is NASA's crewed lunar exploration program, which aims to have a sustainable human presence on and around the Moon by the end of the 2020s.

The space agency currently aims to land astronauts on the lunar surface no earlier than 2025 as part of the Artemis 3 mission. The mission was originally scheduled for 2024 under President Donald Trump's administration. But the flight was delayed for a variety of reasons, from funding issues, to technical issues with items like spacesuits, to a now resolved federal lawsuit regarding the Artemis Human Landing System contract that was awarded to SpaceX in April 2021.

Финансовая аналитика, прогнозы цен на сталь, железную руду, уголь и другие сырьевые товары. More news and analytics on Metallurgprom telegram channel - subscribe to get up-to-date market information and price forecasts faster than others.
Сomments
Add a comment
Сomments (0)
On this topic
Yuzhmash told whether it is possible to launch reusable rockets from the Black Sea
The historical path from the Energia-Buran project to the Zenit space rocket complex
NASA postpones man-made moon landing due to legal battle with SpaceX
Max Polyakov's Firefly Aerospace plans two launches of the Alpha space rocket in 2021
NASA plans to build a permanent habitation base on the Moon until 2030
NASA to pay robotic company Lunar Outpost $ 1 to fly to the Moon
Recommended:
UK is ready to give 300 million pounds to save British Steel
British Steel seeks financial support from the government to continue work
Ukrzaliznytsia announced the purchase of rails in France cheaper than in Metinvest before the war
News Analytics
World steel production in December 2022 collapsed by 10%31-01-2023, 14:36
Ukraine arrested Russian metallurgical assets31-01-2023, 10:13
War in Ukraine to accelerate world economy transition to clean energy - BP30-01-2023, 11:49
ArcelorMittal invests $120m in US green steel company30-01-2023, 11:11
The United States refused to comply with the decision of the WTO on tariffs on29-01-2023, 20:08
S&P: Russia will continue to dominate the steel export market in the Black05-01-2023, 11:22
Fitch Analysts Predict Big Drop in Global Steel Consumption This Year14-12-2022, 13:59
Analysts predict 5% annual growth in the iron casting market through 203006-12-2022, 12:44
Commodity prices will fall, metals quotes will rise slightly - Focus Economics28-11-2022, 13:28
Platinum market to face shortage next year - WPIC22-11-2022, 18:25
Sign in with: