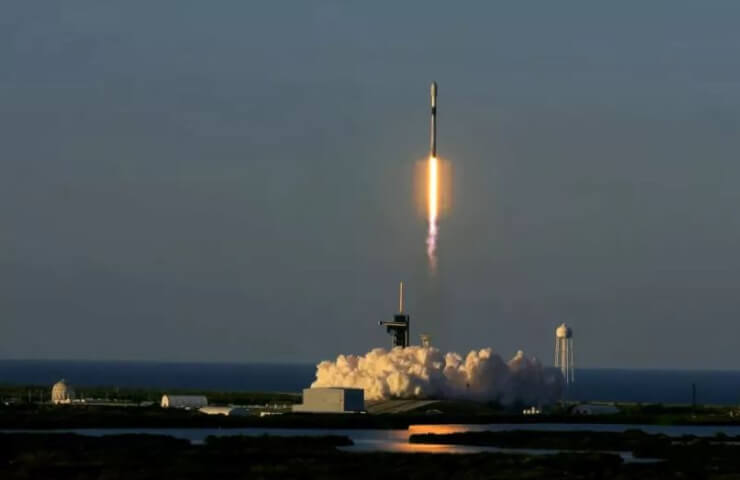 SpaceX successfully launched its first rocket of the year Falcon 9 on Thursday (January 6), sending a new Starlink satellite array from Florida into orbit before landing at sea.

Approximately nine minutes after liftoff, the first stage of the rocket returned to Earth and landed on the deck of SpaceX's new unmanned spacecraft, Lack of Gravity, marking the company's first successful launch and landing this year.

Forecasters predicted ideal weather conditions for takeoff, and Mother Nature did not disappoint. It was a crystal clear day here in Florida, and as it climbed through the atmosphere, the rocket disappeared from view as its first stage separated and began its return trip to Earth.

SpaceX confirmed the successful deployment of 49 Starlink satellites via Twitter approximately 1 hour and 20 minutes after launch.

Starting on Thursday kicks off another eventful year for the California aerospace company. In 2021, SpaceX set a new record for the number of launches in one year - 31. The company also sent a total of 12 astronauts on three Crew Dragon missions, including four individuals who flew the Inspiration4 mission.

SpaceX will strive to maintain a high launch rate this year as the company continues to expand its ever-growing Internet. Also this month, the company's third dedicated passenger-sharing mission will launch many small satellites into orbit.

Following the January 13 launch, the company will also send a radar reconnaissance satellite into space for the Italian space agency. Called COSMO-SkyMed Second Generation (CSG 2), the satellite is slated to launch on January 24.

He also continues the company's efforts to launch new upgraded satellites. To enable satellites to communicate with each other, the company equipped them with special laser communication lines. This way satellites can exchange data more efficiently without relying on terrestrial relays.

This launch also has a slightly different trajectory than usual, with the rocket flying southeast off the Florida coast, as opposed to the typical northeast path that has been used on recent missions. As such, it will have to fly north of the Bahamas to avoid overflying densely populated areas.

This is because SpaceX is targeting a parking space several hundred miles above the Earth at 53.2 degrees tilt - one of five orbital shells the company is currently working on.