China lays out ambitious space plans for next 5 years 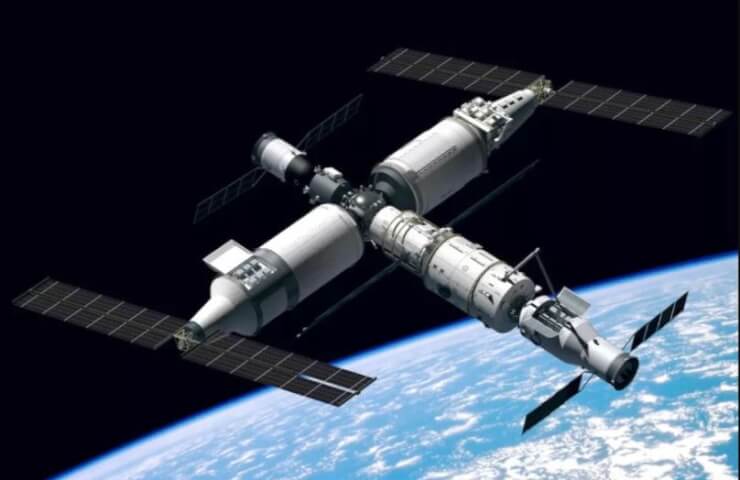 The next five years of China in space could be even busier than the previous five. The country has released a white paper outlining plans and priorities for spaceflight and exploration over the next 5 years. From returning moon samples to Earth to starting assembling a space station, China has made a lot of progress lately at the last frontier, and the document makes it clear that the country plans to build on those gains.

“This will mark the beginning of a new path [to become] a space power,” the authors of the document write. "The space industry will contribute more to the growth of China as a whole, to the achievement of global consensus and common efforts regarding the exploration and use of outer space, and to the progress of mankind."

China launched 207 space missions between 2016 and December 2021, the white paper notes. This is an impressive figure, but the nation is unhappy with its current number of launch vehicles.

China launched Tianhe, the core module of its new space station, in April 2021 and shortly thereafter sent two missions with three astronauts to the orbiting laboratory, one in June and the other in October. The country plans to complete construction of the station this year, which will entail the launch of two other modules known as Mengtian and Wentian.

In addition, China is building the Xuntian Space Telescope, which will launch into the same orbit as the space station and periodically dock with it.

The new document states that Xuntian will be launched within the next five years. And the space station will train a lot during this time; the astronauts will live there on "long-term missions" doing various research and maintenance.

China also intends to go to the Moon in the relatively near future, a bold goal that will get some serious attention over the next five years. Over the next five years, China will "continue research and development on the Moon landing plan, develop a new generation of manned spacecraft, and explore key technologies to lay the foundation for the exploration and development of the circumlunar space," the white paper said.

In January 2019, China's Chang'e-4 robotic mission became the first ever to make a soft landing on the far side of the moon. In December 2020, Chang'e 5 brought pristine lunar samples back to Earth for the first time since the 1970s. And in February 2021, the first Chinese interplanetary mission Tianwen 1 entered orbit around Mars. In May of the same year, the rover called Zhurong separated from the Tianwen-1 orbiter and successfully landed on the Red Planet.

Финансовая аналитика, прогнозы цен на сталь, железную руду, уголь и другие сырьевые товары. More news and analytics on Metallurgprom telegram channel - subscribe to get up-to-date market information and price forecasts faster than others.
Сomments
Add a comment
Сomments (0)
On this topic
Strategy of defense in space
Astronomers have discovered a huge "barrier" protecting the Milky Way from radioactive
CB "South" showed the head of the Verkhovna Rada of Ukraine of space technology
Vadim Novinsky is buying oil-producing assets in the Odessa region
Chinese company develops cruise missile for suborbital tourism
China is building a new ship to launch rockets into space from the sea
Recommended:
Toyota is recalling all electric vehicles released this year due to the fact that their wheels can fall off
Ukraine and Poland deepen strategic partnership in the field of geology and mineral resources
Steel production in Russia will fall by at least 15% - the opinion of market participants
News Analytics
The United States refused to impose duties on Russian metals and increase02-07-2022, 09:05
Daimler Truck began testing Actros tractor on liquid hydrogen02-07-2022, 08:54
Volvo invests $1.25 billion to build electric vehicle plant in Slovakia01-07-2022, 18:17
Swedish court authorizes construction of steel mill for the first time in 5001-07-2022, 11:09
AvtoVAZ plans to produce at least 400,000 vehicles in 202301-07-2022, 11:29
High iron ore shortage could halt metallurgy's green transition28-06-2022, 14:02
Price volatility hits global steel market27-06-2022, 19:28
Recovery in China could be key to rising global steel prices - MEPS24-06-2022, 14:00
Conflict in Ukraine spurs Europe's drive for clean energy03-06-2022, 12:14
US steel market sentiment becomes more price neutral05-05-2022, 10:15
Sign in with: