The business activity of Russian manufacturers in October showed the fastest drop since the first wave of coronavirus. Enterprises remain optimistic and believe that production volumes will grow over the next 12 months. 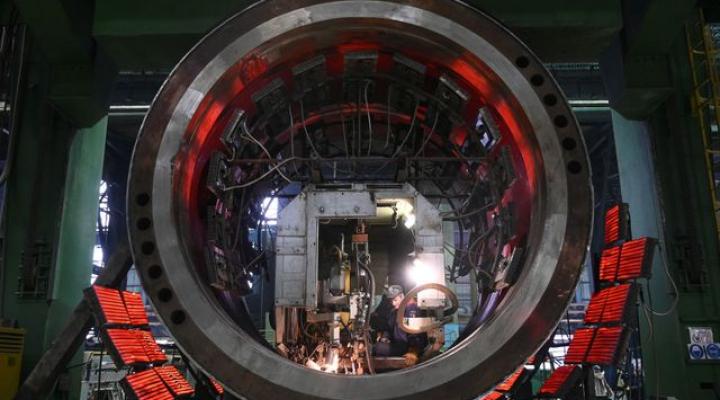 The rate of decline in the PMI index of the manufacturing industries of the Russian Federation in October 2020 was the fastest in the last five months, follows from a study by IHS Markit. The agency calculates the PMI based on a survey of purchasing managers. In October, the seasonally adjusted manufacturing PMI in Russia was 46.9 points, in September it was 48.9 points.

In the first wave of coronavirus in the spring of 2020, the indicator fell faster. In April, it fell from 47.5 to 31.3, the sharpest deterioration in the business environment in the entire history of calculations, which began in September 1997.

In October, the deterioration in business conditions in the Russian manufacturing industries was the fastest since May, amid a renewed decline in production and a faster decline in new orders, explains IHS Markit. This decline was largely driven by domestic customers. “Russian manufacturers lost further momentum for recovery in October as production and new orders fell. The only bright spot was external demand, which rose for the first time since December 2018, ”said IHS Markit economist Shean Jones. Russia's manufacturing sector will continue to shrink until the second quarter of 2021, she said, as "domestic demand challenges and continued uncertainty over the pandemic are expected to impact the recovery."

Uncertainty about the coronavirus pandemic and the duration of the restrictions continues to weigh on business optimism. However, companies in Russia are generally confident that production volumes will grow in the next 12 months.

In October, the manufacturing industries in Russia continued a fairly rapid decline in jobs. Overcapacity was also evidenced by a decline in unfinished orders - the decline in new orders allowed companies to focus on completing them.

Analysts at IHS Markit note a decrease in purchases of raw materials and materials in October due to a significant lengthening of delivery times amid a shortage of raw materials and logistics difficulties. Due to a lack of suppliers, costs have risen sharply. The growth in commodity prices was the sharpest since August 2018, including due to an unfavorable exchange rate. The impact of inflation on prices is at its highest since February 2019.

A reading above 50 points indicates an increase in business activity compared to the previous month, and below 50 indicates a general decline.

Recommended:
Azovstal announced the complete loss of foreign markets for long products
One of the largest lithium deposits in Ukraine returned to the disposal of the state
U.S. Provides Ukraine with $ 150 Million in Security Assistance
On this topic
Ukraine has lost a third of steel production and fell to 15th place in the ranking of Worldsteel
France recorded a record drop in manufacturing activity
S&P Global Ratings lowered its forecast for global growth to almost zero
Optimism in the Russian industry fell to zero
Prospects for the development of the economy and steel market in the EU in 2019-2020
S&P Global Platts: China's steel market has grim prospects
Add a comment
Сomments (0)
News Analytics
German metallurgists have created steel that reduces the unpleasant noise of15-06-2021, 19:05
Gas cleaning equipment of Azovstal is transferred to a dry system using15-06-2021, 18:06
EU and US agree to lift bilateral import duties on steel and aluminum15-06-2021, 12:27
Ukrzaliznytsia will buy 100 passenger cars without a tender for the15-06-2021, 12:43
The European Union issues the first patent for steelmaking using hydrogen and15-06-2021, 11:28
Vaccinations fuel demand for platinum - World Platinum Investment Council08-06-2021, 12:55
Sharp price growth continues in the rolled metal market - Ukrpromvneshexpertiza08-06-2021, 11:04
Analysts note overheating of the global scrap metal market01-06-2021, 13:28
Hydrogen-fueled steelmaking could be competitive after 2050 - McKinsey19-05-2021, 14:22
Steel raw material prices are skyrocketing across the board18-05-2021, 12:34
Sign in with: