For the first time, all G7 leaders have agreed to agree on their long-term and short-term climate targets, with global warming to be limited to 1.5 degrees Celsius. 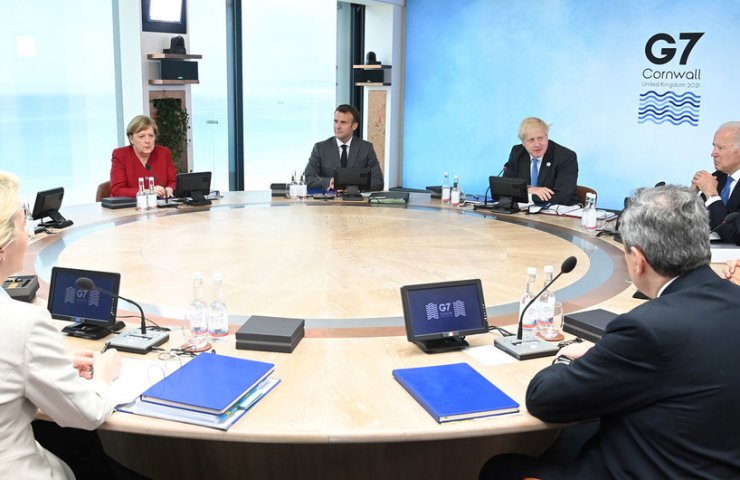 The leaders of the seven major industrialized countries - Britain, the United States, Canada, Japan, France, Germany and Italy at a meeting in Cornwall decided to end any direct government support for coal-fired power generation by the end of 2021.

“We commit to end direct government support for unrelenting international power generation from thermal coal by the end of 2021, including through official development assistance, export finance, investment, and financial and trade support,” the countries said in joint communiqué.

To support developing countries' coal withdrawal, Canada, Germany, the United Kingdom and the United States have agreed to commit up to $ 2 billion to support climate investment funds.

“These concessional resources are expected to mobilize up to $ 10 billion in co-financing, including from the private sector, to support renewable energy deployment in developing countries,” they said.

The G7 Leaders also launched the G7 Industrial Decarbonization Program to accelerate innovation, introduce decarbonization technologies and harmonize standards in difficult-to-manage sectors such as iron and steel, cement, chemicals and petrochemicals, “to achieve zero net emissions throughout the economy. ”

For the first time, all G7 leaders have agreed to agree on their long-term and short-term climate targets, with global warming to be limited to 1.5 degrees Celsius.

“We commit to zero net emissions no later than 2050, halving our collective emissions two decades to 2030, increasing and improving climate finance by 2025; and save or protect at least 30 percent of our land and oceans by 2030, ”they said.

In the meantime, Build Better for the World will provide developing countries with improved and faster access to finance, and G7 leaders are committed to increasing contributions and mobilizing $ 100 billion a year through the International Monetary Fund.

Transport commitments were less specific: the G7 pledged to simply scale up zero-emission buses, trains, shipping and aviation, and accelerate the phase-out of diesel and gasoline vehicles.

“We recognize that this will require a dramatic increase in the pace of global decarbonization of the road transport sector during the 2020s and beyond,” the countries said.

In the household energy sector, the communiqué endorsed the goal of the ultra-efficient equipment and devices initiative to double the efficiency of lighting, cooling, cooling and motor systems sold globally by 2030.

Финансовая аналитика, прогнозы цен на сталь, железную руду, уголь и другие сырьевые товары. More news and analytics on Metallurgprom telegram channel - subscribe to get up-to-date market information and price forecasts faster than others.
Сomments
Add a comment
Сomments (0)
On this topic
Canada has promised to urgently ratify the USMCA agreement
The European Union has declared its readiness to support Ukraine in reforming the coal industry
How can integrated subsoil use objects help the development of raw materials exports in Ukraine?
Japan refused to Finance coal projects in neighboring countries
Canada will not ratify new agreement with US until steel tariffs are lifted
Prospects for the development of the economy and steel market in the EU in 2019-2020
Recommended:
"Centravis" agreed to supply a new batch of seamless pipes to a client from Oman
Russian steel production fell by 6%
Metinvest intends to receive compensation from Russia for the destroyed plants in Mariupol
News Analytics
China's iron ore output to rise in 2023 as new projects are launched30-11-2022, 18:10
"Centravis" agreed to supply a new batch of seamless pipes to a30-11-2022, 16:51
Metinvest enterprises in Ukraine resumed work after massive shelling of29-11-2022, 11:59
The European Council added the violation of restrictive measures (sanctions) to28-11-2022, 14:22
The abolition of export duty in India may reduce the price of Turkish steel28-11-2022, 14:07
Commodity prices will fall, metals quotes will rise slightly - Focus Economics28-11-2022, 13:28
Platinum market to face shortage next year - WPIC22-11-2022, 18:25
Global steel demand falls and will fall by 2.3% in 2022: WorldSteel19-10-2022, 23:12
Iron ore prices fall to 11-month low15-10-2022, 10:36
China production cuts in winter will give limited boost to steel markets -15-09-2022, 10:09
Sign in with: