Instead of an engine, the company plans to use storage devices based on batteries or capacitors in diesel trolley cars, which will allow creating a completely green transport free of harmful emissions. 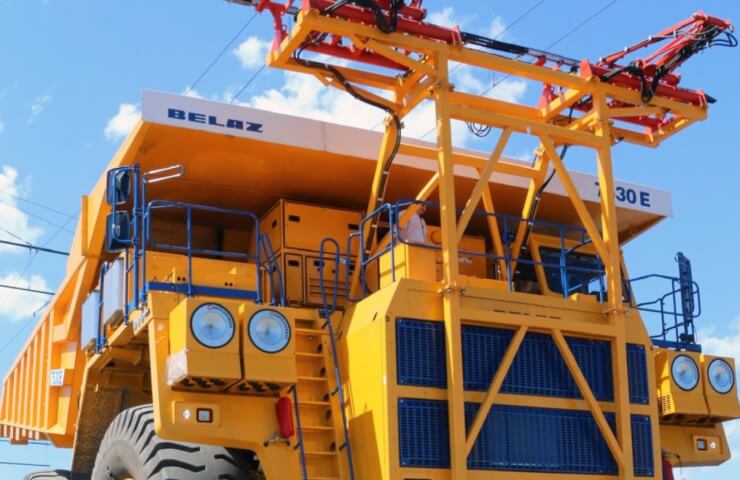 BELAZ, the world's largest manufacturer of mining dump trucks and transport equipment for the mining and construction industry, has equipped its advanced diesel trolley hauler with a machine positioning system under the contact network.

The positioning system will allow the driver not to lose time and distance on the way under the trolleys, moving using a diesel engine and increase traffic safety.

Subsequently, the positioning system will make it possible to implement unmanned driving by a trolley car under a contact network.

The positioning system on the BELAZ diesel trolley car will be implemented in several stages:

For the first time, a diesel trolley car was assembled at BELAZ back in Soviet times, in 1964. Two years later, a novelty - a 65-ton BELAZ-E524 - was delivered to the Krasnogorsky coal mine in Kuzbass. Two decades later, BELAZ made the next attempt to put trolley cars into mass production. In 1987, two BELAZ-75195 diesel trolley trucks with a carrying capacity of 110 tons rolled off the assembly line. They were tested by the miners of the Kurzhunkul iron ore mine, located in Kazakhstan. The tests were successful, but the collapse of the USSR prevented the implementation of ambitious plans for the production of technology of the future.