International logistics is highly sought after by exporters in the Hunan Free Trade Zone, according to Zoomlion, a Chinese engineering company based in Hunan. 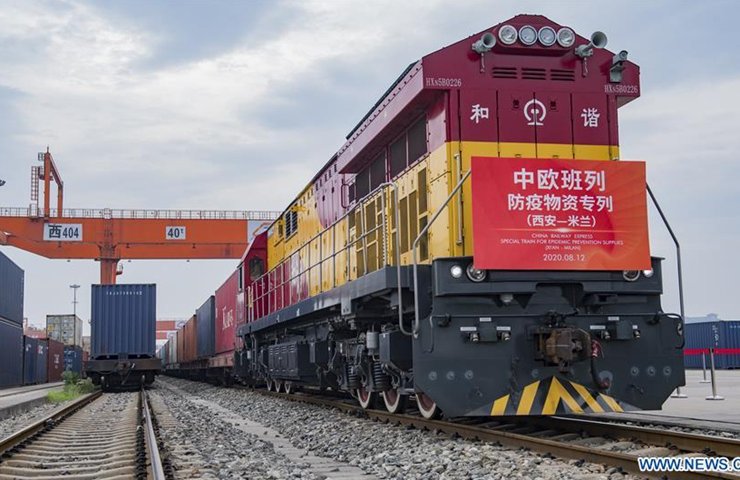 From Changsha, the administrative center of the Hunan province (Central China), a special freight train departed for the capital of Belarus Minsk from the city of Changsha, plying along the routes within the framework of international railway cargo transportation China-Europe. It transports goods produced in the Hunan Free Trade Zone (FTZ).

The train carries 100 standard containers with goods such as communication equipment, construction equipment, household appliances, food, etc. It is the first China-Europe train to exclusively serve exporters based in the Hunan FTZ.

The cost of the cargo transported by the train, which weighs 710 tons, is 4.38 million US dollars. The train will leave China through the Manchouli checkpoint and arrive in Minsk 17 days after its departure.

The Hunan FTZ is one of three new pilot China FTZs that were established in September 2020 to facilitate further opening and quality development of the country.

There are currently 3,295 enterprises located in the Changsha region of the Hunan FTZ, 73% of which were established in the first half of this year.

International logistics is in high demand among exporters in FTZs, according to Zoomlion, a Chinese engineering company based in Hunan province. The commissioning of this freight train will enable them to deliver goods ordered by foreign customers on time and reduce their warehousing costs.

According to Liang Jingbo, deputy general director of Hunan Central South China International Land Port Co., Ltd., as of August 22, 579 freight trains have been dispatched from Changsha on the China-Europe routes since the beginning of this year. which ensured the stable development of the province's foreign trade.

Финансовая аналитика, прогнозы цен на сталь, железную руду, уголь и другие сырьевые товары. More news and analytics on Metallurgprom telegram channel - subscribe to get up-to-date market information and price forecasts faster than others.
Сomments
Add a comment
Сomments (0)
On this topic
The China-Europe freight train departs for the first time from the hometown of the discoverer of
Three Chinese provinces freeze due to power shortages
A record 700,000 containers are expected on the China-Europe-China route this year
China has created a cross-border financial blockchain platform for servicing China-Europe rail
China has opened a new cargo train.d. the route through Ukraine to Poland
The first train from Europe to China brought 82 Audi A8Ls
Recommended:
Ferroalloy enterprises of Ukraine in total reduced output by 27.6%
Deere invests billions in self-driving tractors
US chip makers caught in crossfire of sanctions
News Analytics
EBRD downgrades Ukrainian economic growth forecast for 2023 from 25% to 8%28-09-2022, 13:57
EU plans additional sanctions against Russian metallurgy27-09-2022, 10:34
The European Commission has approved 5.2 billion euros of state support for27-09-2022, 10:43
China's leading industrial profits fall 2.1% in first 8 months27-09-2022, 10:20
Moody's changed the outlook for the global mining industry to26-09-2022, 19:04
China production cuts in winter will give limited boost to steel markets -15-09-2022, 10:09
Steel prices may rise as manufacturers stop production11-09-2022, 14:06
IREPAS: The global long products market is in a "dramatic situation"10-09-2022, 20:49
Steel prices are unlikely to rise significantly in the near future - analysts02-09-2022, 22:58
Steel prices may move up on new data from China31-08-2022, 12:19
Sign in with: