Millions of people face winter power shortages in China due to reduced coal production and supply. 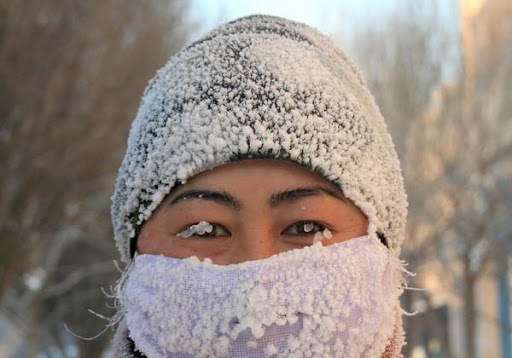 Tens of millions of people across China are facing power shortages amid cold winter temperatures, after three provinces immediately imposed restrictions on electricity consumption due to growing demand and scarcity of coal.

According to local media reports, city services and businesses in Hunan, Zhejiang and Jiangxi provinces have been ordered to implement rolling blackouts in some areas.

Earlier this month, Hunan authorities ordered all billboards and outdoor lighting in buildings to be turned off every day for extended periods of time, and to impose temperature limits on space heating in entertainment venues.

Local authorities admitted last week that Hunan will face a 3-4 million kilowatt power shortage this winter as demand surged due to unusually cold weather that dropped to minus 10 degrees Celsius.

Office workers in the provincial capital of Changsha have complained on social media that they have been forced to climb dozens of flights of stairs and low indoor temperatures due to frequent power outages.

Meanwhile, in Zhejiang province, factories in the Yiwu manufacturing center were ordered to shut down and street lights were turned off overnight as part of a local government's campaign to cut emissions, according to media reports and photos shared on Weibo.

China's chief economic planner, the National Development and Reform Commission (NDRC), attempted on Monday to reassure the public by stating that the electricity supply was "mostly stable," promising to increase generating capacity and purchasing coal.

The energy crisis points to the challenges that fast-growing China is facing in balancing the needs of its huge population with the strict carbon targets promised by its leadership.

China, by far the largest consumer of coal in the world, is shifting to renewable energy to meet its commitment to peak carbon emissions by 2030 and achieve carbon neutrality by 2060.

Over the past 10 years, the PRC government has invested colossal funds in green energy to improve the environmental situation. As a result of these reforms, the country's energy grids simply cannot cope with the growing flows and are unable to deliver energy to the end consumer.

Rumors circulated on the Internet that the power shortage could be caused by China's embargo on Australian coal, which has stuck ships laden with fossil fuels in Chinese ports. However, Australian coal accounted for only about three percent of total steam coal imports last year, according to the National Bureau of Statistics.

"Australia's ban had little impact on the supply of thermal coal to China," said Yang Qin, a carbon analyst at Refinitiv's financial data service. “But tensions between China and Australia have caused serious concern in commodity markets, which has driven domestic coal prices up.

All countries must take the green path of development, adopt environmentally friendly, low-carbon and sustainable production methods and lifestyles, promote energy transformation and jointly address the challenges of energy development, according to the policy document titled "China's Energy Development in a new era ".

Финансовая аналитика, прогнозы цен на сталь, железную руду, уголь и другие сырьевые товары. More news and analytics on Metallurgprom telegram channel - subscribe to get up-to-date market information and price forecasts faster than others.
Сomments
Add a comment
Сomments (0)
On this topic
China will add 400 thousand tons of copper production
Explosion kills coal mine in Henan province
Korean auto makers will switch to hydrogen engines with help from Chinese steelmakers
36 people were killed at a construction site in Cambodia after the contractor saved on the valve
Steel consumption in India to reach 100 million tonnes in 2019
China Gold wants to buy $ 2 billion in new assets
Recommended:
Losses from steel production in China exceeded $100 per ton - S&P
Brazil has increased steel exports to Europe by eight times against the backdrop of the war in Ukraine
World steel prices have moved from a protracted fall to growth
News Analytics
India prepares to lift export duties on steel09-08-2022, 08:34
Russian metallurgists will need more than 10 years to replace imports of key09-08-2022, 07:23
China reduced steel exports in July by one million tons or 12%08-08-2022, 17:41
World steel prices have moved from a protracted fall to growth08-08-2022, 16:27
Ferrexpo's net profit in the first half of the year decreased by 88%03-08-2022, 10:20
The US market may begin a collapse in prices for thick sheet14-07-2022, 09:39
High iron ore shortage could halt metallurgy's green transition28-06-2022, 14:02
Price volatility hits global steel market27-06-2022, 19:28
Recovery in China could be key to rising global steel prices - MEPS24-06-2022, 14:00
Conflict in Ukraine spurs Europe's drive for clean energy03-06-2022, 12:14
Sign in with: