President, trump said that the trade deal with China can wait until after presidential elections in USA in November 2020. 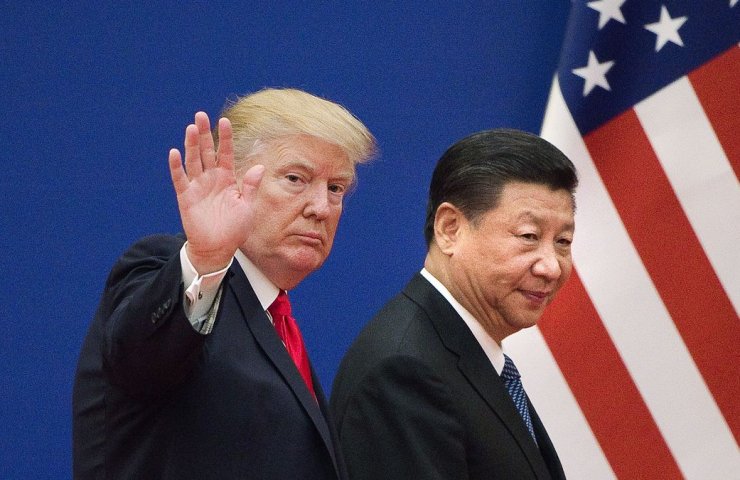 Stock gold prices on Tuesday were trading higher as investor interest in the assets refuge increased after the publication of the statements of the President of the United States Donald trump that trade agreement with China may be signed only after presidential elections scheduled for November 2020.

Comments trump came on the eve of the introduction of new import duties on Chinese goods which will enter into force on 15 December.

Interest to purchases of gold and other asset havens, including Treasury US treasuries rose, and world stock markets and U.S. index futures dropped amid allegations trump.

the US President at a press conference in London, where he arrived to participate in the NATO summit, also stressed that the deadline for the conclusion of trade agreements with China.

"In a sense, I think, better to wait until after the election, frankly. But I didn't say that," said trump.

Willingness to trump to find new opponents in a trade war, which could be Argentina, Brazil and France, despite the signs already caused the world economy damage, unnerving market participants.

on Monday, the Turkish foreign Ministry announced the intention to re-impose duties on Argentine and Brazilian steel, as the President's administration has proposed to impose duties of up to 100% French imported goods worth $ 2.4 billion.

Recommended:
Olga Buslovich announced a pilot project of transformation of the mines in two towns
Thanks to the EU and the UN, the Ukrainian police will be able to protect themselves from COVID-19
Industrial production in the Eurozone in may compared with April increased by 12.4%
On this topic
Stock exchange gold prices continue to fall
Gold slowed down after reports of new problems between the US and China
Gold prices under pressure due to the outflow of funds from ETF - Saxo Bank
The fall in steel prices has reduced the foreign currency proceeds to the budget of Ukraine
Gold inflows into ETFs reached 1,000 tons
US-China trade war reaches a fundamentally new level
Add a comment
Сomments (0)
News Analytics
DMZ reduced air emissions by one third09-08-2020, 10:56
"Metinvest " in May increased revenue by 13.6% versus April, debt increased by04-08-2020, 18:49
Metinvest's Kryvyi Rih GOKs will pay double taxes to the local budget until01-08-2020, 14:16
US Steel will not restart blast furnaces in Indiana until the end of this year01-08-2020, 14:02
ThyssenKrupp closed the deal for the sale of the elevator business01-08-2020, 13:53
Steel begins to lose the battle with the aluminium due to the growing27-07-2020, 17:08
Gold may reach a record high in 201114-07-2020, 12:47
Steel prices in southern Europe are rising, despite weak demand23-06-2020, 10:54
Analysts expect strong demand growth for steel in China10-06-2020, 11:57
Global steel consumption in 2020 will be reduced by 6.4% - Worldsteel04-06-2020, 13:53
Sign in with: