This was facilitated by the strengthening of the US dollar and the threat of a rollback of stimulus from the largest banks in the world, but in 2022 everything may change 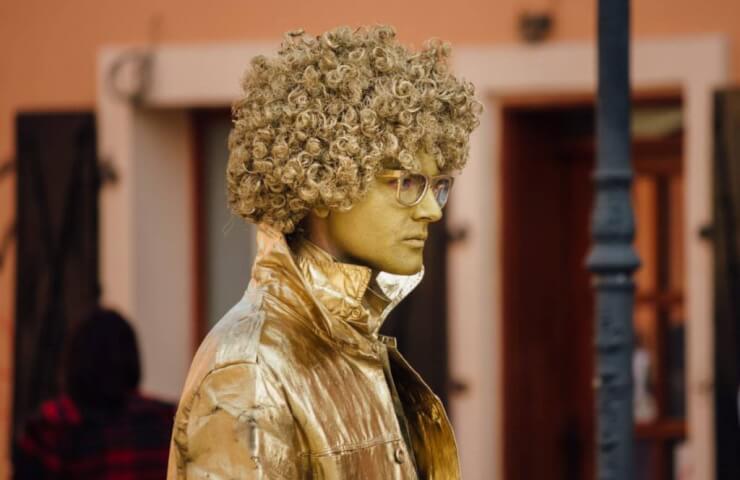 Gold ended 2021 the same way it did most of this year, with little movement and fluctuation somewhere around $ 1,800 an ounce.

This is in stark contrast to 2020, when the economic instability of the covid-19 pandemic drove the metal price to record highs as investors sought a safe haven for their money.

While bullion is known to be touted as a hedge against rising prices, it has failed to capitalize on this year's scalding inflation, which has been fueled by pandemic-era stimulus measures.

Spot gold is down about 4% this year, the biggest annual drop since 2015.

The strengthening of the US dollar and the threat of a pullback in stimulus from the world's largest central banks have scared off many investors who saw better opportunities in emerging equity markets.

The highs and lows of Bitcoin, considered by many to be the digital equivalent of gold, have also garnered attention.

Gold started the year under pressure, dropping 10% in the first quarter as successes in vaccines raised hopes for a quick recovery from the pandemic. Prices later recovered following the emergence of new variants of the virus and the political stalemate in the United States.

One of the key factors was the lack of interest from financial investors, which are critical to the rise in gold prices. ETFs fell nearly 9% over the year, while Comex hedge funds kept their bullion rates muted.

While the prospect of monetary tightening has made gold less attractive, prices have been supported by strong demand from Asian jewelry consumers and central bank purchases.

Opposing factors have left the bullion almost magnetically hovering around the $ 1,800 /oz mark, which is still a historically high price, but disappointing for those expecting an encore in 2020.

However, some analysts believe that the balance between buyers and sellers may not last long. An appreciation of the dollar can mean bad luck. On the other hand, signs of sustained runaway inflation may finally provide the spark needed to sustain gold growth.

BlackRock's Evie Hambro told Bloomberg earlier that gold could rally in 2022, driven by a combination of real interest rates, US dollar dynamics and demand for safe-haven assets.

However, JPMorgan analysts expect gold to come under further pressure as the global economy continues to recover and forecast an average price of $ 1,631 an ounce for next year.

Финансовая аналитика, прогнозы цен на сталь, железную руду, уголь и другие сырьевые товары. More news and analytics on Metallurgprom telegram channel - subscribe to get up-to-date market information and price forecasts faster than others.
Сomments
Add a comment
Сomments (0)
On this topic
World gold prices fell to half-year lows due to the strengthening of the dollar
Gold has overcome critical level, prices in 1500 dollars per ounce
How the reform of the electricity market in Ukraine can lead to a collapse and what to do about it
The demand for gold in the world in the first quarter of 2020 fell by 26%
Gold prices can exceed 1800 dollars per ounce due to coronavirus
Gold is still perceived as a safe haven amid the pandemic
Recommended:
Carriage building plant in Kremenchug stopped production due to debts
The converter shop of the steel plant in Kamensky, Dnepropetrovsk region, resumed work
Tata Steel: Great Britain will need more than 10 million tons of steel to gain energy independence
News Analytics
European steel price rise that began in January will be short-lived - MEPS26-01-2023, 14:44
Steel production in China rose in the first decade of January26-01-2023, 12:30
UK is ready to give 300 million pounds to save British Steel20-01-2023, 21:31
Carriage building plant in Kremenchug stopped production due to debts20-01-2023, 21:11
Europe's passenger car market records its worst year since the turn of the20-01-2023, 21:03
S&P: Russia will continue to dominate the steel export market in the Black05-01-2023, 11:22
Fitch Analysts Predict Big Drop in Global Steel Consumption This Year14-12-2022, 13:59
Analysts predict 5% annual growth in the iron casting market through 203006-12-2022, 12:44
Commodity prices will fall, metals quotes will rise slightly - Focus Economics28-11-2022, 13:28
Platinum market to face shortage next year - WPIC22-11-2022, 18:25
Sign in with: