Rich people around the world is clearly scared of a real threat to the global trade slowdown next year, is celebrated in a special blog ZeroHedge. 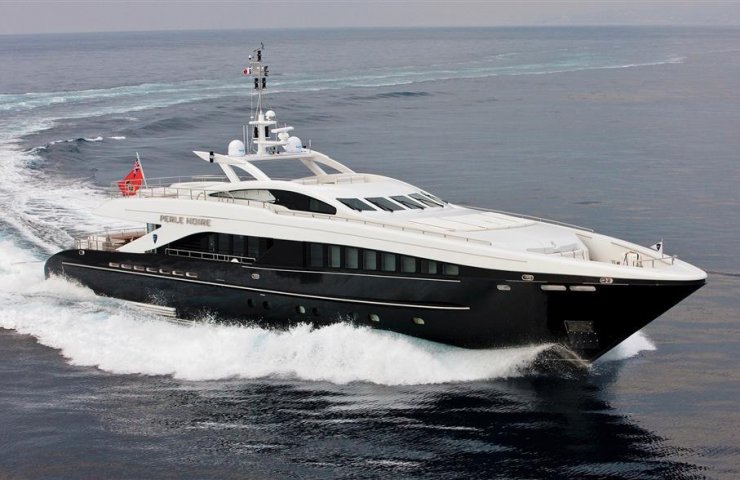 In the market of super-expensive yachts and pleasure boats there is a real collapse, which may indirectly indicate to investors on the approaching economic crisis, wrote on Friday economic blog ZeroHedge. As noted it columnist Tyler Durden, the industry tends to experience a downturn before or during turning points in the economy.

Trips on boats, especially yachts, is a very expensive pastime, so it comes down to disposable income of the middle class and super-rich consumers. Therefore, when in the domestic and global economy appear pessimistic and uncertainty, the cost of boats and yachts, as a rule, reduced.

national Maritime manufacturers Association (NNMA) has expressed concern about a possible reduction in consumer demand next year. While the growth in the segments of pleasure and sporting boats, but sales of freshwater fishing boats has declined markedly.

In recent quarters, the decline in production has resonated on the sphere of consumption. Experts expect that after ten months of declining employment figures in the first half of 2020, consumer confidence will decrease, and this in turn will lead to a drop in sales of small private yachts and superyacht, that would be another warning sign of upcoming recession.

Dealers superyacht is already talking about a slowdown in sales. As the portal notes, rich people are obviously scared of the real threat to global trade decline next year. According to Bloomberg, in September dealers superyacht reported only 102 sold for 9 months of the courts, and, in all likelihood, this year's results will be in General much weaker than the last, when it was sold 199 yacht of this size.

As noted in an interview with the Agency Tom Conboy, selling Dutch superyacht Builder Heesen Yachts, rich clients buy yachts when they are confident in the prospects of the world economy, and if the world is something went wrong, trades will not be.

Recommended:
The road at Central GOK, Metinvest watering 14 BelAZ and MAZ
The European Parliament: hydropower plays a major role in the Energy strategy of the European Union
An emergency summit of EU on rescue of economy of the unit can be finished to no avail
On this topic
The NBU is developing a portal of loan programs for small and medium businesses
Analysts have warned about the imminent collapse of oil prices to $ 45 per barrel
The details of the placement of shares Saudi Aramco
Преимущества цифровых платформ в металлургии
Антидемпинговые пошлины США усиливают давление на корейские сталелитейные компании
Австралийские и новозеландские акции снижаются из-за глобальных проблем
Add a comment
Сomments (0)
News Analytics
"Metinvest " in May increased revenue by 13.6% versus April, debt increased by04-08-2020, 18:49
Metinvest's Kryvyi Rih GOKs will pay double taxes to the local budget until01-08-2020, 14:16
US Steel will not restart blast furnaces in Indiana until the end of this year01-08-2020, 14:02
ThyssenKrupp closed the deal for the sale of the elevator business01-08-2020, 13:53
Minister for Strategic Industries of Ukraine inspected YUZHMASH workshops31-07-2020, 09:49
Steel begins to lose the battle with the aluminium due to the growing27-07-2020, 17:08
Gold may reach a record high in 201114-07-2020, 12:47
Steel prices in southern Europe are rising, despite weak demand23-06-2020, 10:54
Analysts expect strong demand growth for steel in China10-06-2020, 11:57
Global steel consumption in 2020 will be reduced by 6.4% - Worldsteel04-06-2020, 13:53
Sign in with: