In particular, tighter financial conditions could exacerbate the downturn in countries with high public and private debt, as indicated by the recent rise in bond yields driven by market expectations for an earlier withdrawal of monetary stimulus. 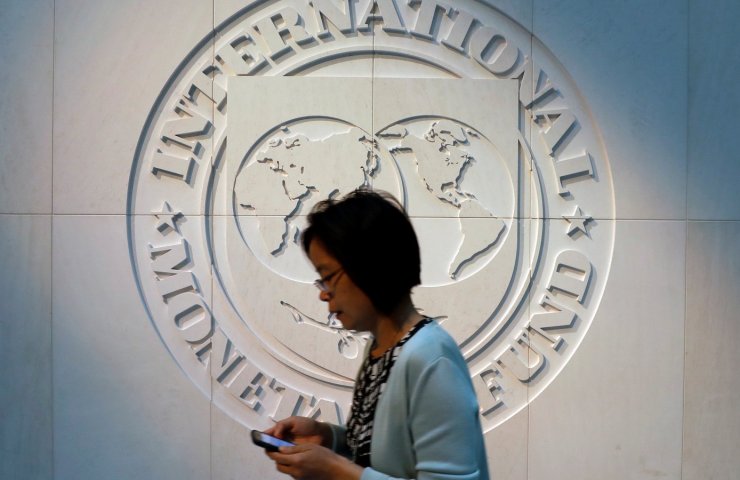 Speaking at the China Development Forum, Okamoto expressed concern about the growing gap between advanced economies and emerging markets, with some 90 million people falling below the extreme poverty line since the pandemic began.

Okamoto said China has already recovered to pre-pandemic levels, outstripping all major economies. At the same time, he said, outside of China, there are worrying signs of a widening gap between advanced economies and emerging markets.

According to him, the IMF predicts that total per capita income in emerging market and developing countries, excluding China, between 2020 and 2022 will be 22% lower than it would be without the pandemic, which will lead to the impoverishment of more people.

The overall outlook remains "exceptionally" vague, Okamoto said, adding that it is unclear how long the pandemic will last and that access to vaccines remains highly uneven in both advanced and emerging economies.

Okamoto noted that some countries have very little room to increase spending on the pandemic and mitigate its economic impact, which is especially noticeable in low-income, high-debt countries.

According to the Deputy Managing Director of the IMF, the current crisis could leave deep scars on the body of the global economy.

Recall that according to updated forecast UN, the global economy will grow 4.7% this year thanks to a stronger-than-expected recovery in the United States.

Recommended:
Severodonetsk Azot Group DF increased the production of mineral fertilizers by one and a half times
ArcelorMittal Kryvyi Rih announced the won court against the environmental community
Ukrainian startup of the former head of the State Space Agency will be engaged in "catching" satellites and their disposal
On this topic
JP Morgan Analysts Announce New Super Growth Cycle in Commodities
Metinvest bonds are included in the global debt indices of emerging markets
The new Minister of Finance of Ukraine: cooperation with the IMF is "an absolute priority"
Denmark Ukraine will provide interest-free loans for renewable energy projects
Amazon's black streak: the 10 billion Pentagon contract goes to Microsoft
Gold inflows into ETFs reached 1,000 tons
Add a comment
Сomments (0)
News Analytics
The capacity of the domestic steel market in Ukraine in January-March decreased19-04-2021, 10:33
In Russia, there is an exuberant demand for agricultural machinery19-04-2021, 10:24
Iran is satisfied with the reaction of the world community to 60% enrichment of18-04-2021, 13:24
Gas prices in Ukraine have reached a record value over the past two years -16-04-2021, 17:24
Ukrmetallurgprom asks the Antimonopoly Committee to allow Metinvest to bid for16-04-2021, 17:23
World Steel Association predicts a good year for metallurgists15-04-2021, 18:19
World Steel Association defines green steel and its variations12-04-2021, 13:14
China unlikely to cut steel capacity in 2021 due to high steel prices07-04-2021, 12:11
Scrap metal market at the beginning of April02-04-2021, 11:10
Rising Chinese Prices Fueled Rising Global Steel Prices - MEPS25-03-2021, 18:54
Sign in with: