The world's poorest countries face default, which, in turn, could lead to a new round of the global crisis. 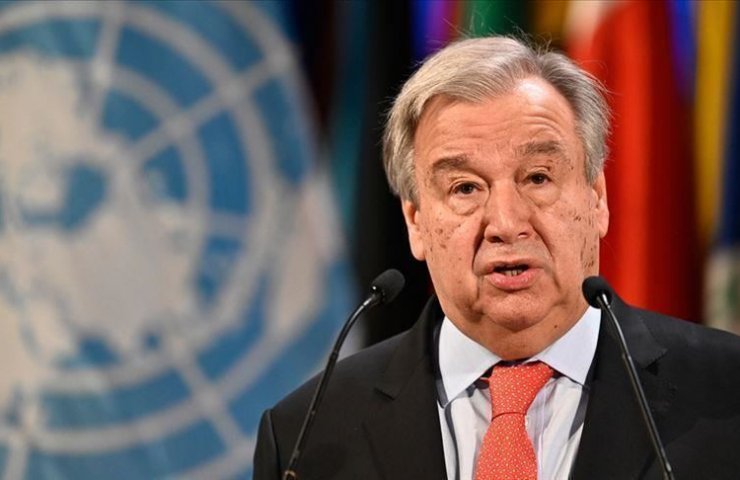 The world is on the brink of a debt crisis, but the worst-case scenario can be prevented if urgent action is taken. This was stated by the UN Secretary General, speaking at the summit, which he gathered in connection with the emergency global financial situation. The UN chief presented his recommendations to the meeting participants on how to prevent the financial crisis, the worst since the Great Depression.

Six countries of the world have already declared a default - inability to pay debts. In addition, about a third of the world's transition economies are facing a financial crisis. The situation is even more dangerous in the least developed countries. UN Secretary General Antonio Guterres recalled that the coronavirus infection has claimed 2.7 million lives, and the pandemic and related restrictions have led to unprecedented humanitarian consequences.

The UN has already warned that mankind, apparently, will have to go through the "lost decade" in terms of the implementation of the Sustainable Development Goals. This document contains specific tasks to improve the living standards of people by 2030. “Lost decade” means that the achievement of the set goals will have to wait ten years longer. This also applies to the fight against poverty and hunger, and the reduction of mortality, and the conservation of biodiversity and many other indicators reflecting the standard of living of the population.

"Inequality between people and countries will only grow," the UN head warned. Since the beginning of the pandemic, international financial agencies have already downgraded the credit rating of 42 countries of the world, including six developed countries, 27 economies in transition, as well as nine least developed and low-income countries. It will now be more difficult for these governments to obtain loans, which means social and other programs will suffer.

Inequality is already evident in the provision of vaccines against COVID-19, the head of the UN said. He warned that if half of the world's population cannot get vaccinated, then new waves of the epidemic await us in the coming years, and this will undermine the effectiveness of vaccination in general.

Quarantine measures made it possible, on the one hand, to flatten the incidence curve and save lives, and on the other, led to unprecedented economic consequences. For the first time since 1998, extreme poverty rates rose, with global GDP falling by 4.3 percent. In 2020 alone, 144 million jobs were lost.

Many countries rushed to take out loans, taking advantage of record low interest rates. Most of this money - $ 18 trillion - went to developed economies. And the least developed and poor countries, which even before the pandemic suffered from a debt burden, could not receive the necessary loans and support their economies. As a result, the gap between rich and poor has only widened and continues to grow. Moreover, the poor face a default, which, in turn, could lead to a new round of the global crisis.

The UN Secretary General, among other measures, proposes to endow the most financially vulnerable countries with Special Drawing Rights - a reserve means of payment created by the International Monetary Fund (IMF), as well as provide them with a deferral on debt obligations and other benefits that will help avoid default. “Otherwise, we will all face a deepening crisis and the worst recession since the Great Depression,” the UN head warned.

Prime Minister of Jamaica Andrew Holness, who, along with Antonio Guterres and Canadian Prime Minister Justin Trudeau, co-organized the summit, proposes to create a new "architecture of international borrowing". The revamped system will encourage private companies to invest in green and crisis-resilient projects and accelerate recovery from the pandemic, he said.

Recommended:
Dneprospetsstal reported on the successful completion of the first stage of immunization against COVID-19
Ukrzaliznytsia announced the prevention of a "large-scale accident" on the railway
The first serial production of electric vehicles will be launched in Russia
On this topic
Post-pandemic global economy: UN calls for global consolidation
The price of North American WTI crude oil fell below $ 8 per barrel for the first time in history
Measures to rescue the economy and financial system of the EU is not consistent
UN sees no real way to cope with global warming
Voestalpine reported a sharp reduction in income
Trump's trade war with China negatively affects Ukraine
Add a comment
Сomments (0)
News Analytics
The capacity of the domestic steel market in Ukraine in January-March decreased19-04-2021, 10:33
In Russia, there is an exuberant demand for agricultural machinery19-04-2021, 10:24
Iran is satisfied with the reaction of the world community to 60% enrichment of18-04-2021, 13:24
Gas prices in Ukraine have reached a record value over the past two years -16-04-2021, 17:24
Ukrmetallurgprom asks the Antimonopoly Committee to allow Metinvest to bid for16-04-2021, 17:23
World Steel Association predicts a good year for metallurgists15-04-2021, 18:19
World Steel Association defines green steel and its variations12-04-2021, 13:14
China unlikely to cut steel capacity in 2021 due to high steel prices07-04-2021, 12:11
Scrap metal market at the beginning of April02-04-2021, 11:10
Rising Chinese Prices Fueled Rising Global Steel Prices - MEPS25-03-2021, 18:54
Sign in with: