Weak demand from the automotive sector, caused by a shortage of semiconductors, has led to lower prices in the EU flat steel market. 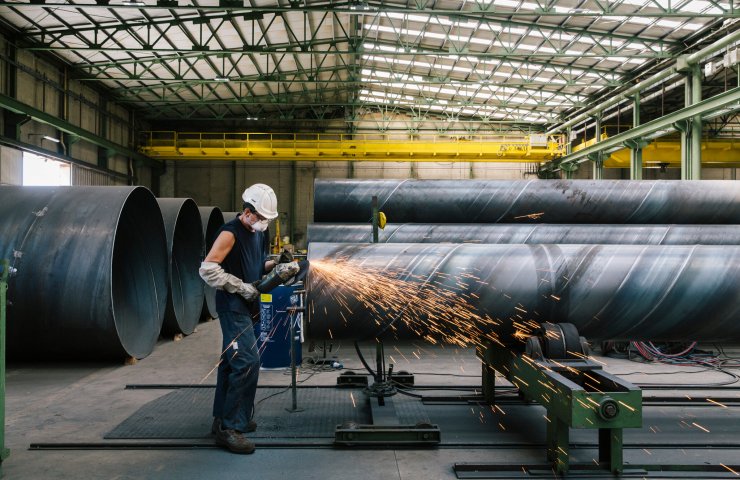 Strong competition from imports, low purchasing activity and weak demand from the automotive sector contributed to the decline in prices in the European flat products market. At the same time, hot rolled sheet steel prices fall the fastest, noted by UK analysts at MEPS.

Lack of semiconductors and other components negatively affects the automotive industry. Automakers are cutting production or temporarily suspending their operations. Consequently, orders for steel mills are declining. This translates into shorter delivery times and more material available to the rest of the market.

As the availability of sheet metal increases and prices fall, buyers are postponing placing new orders in factories. Many distributors go to reciprocal deals in an effort to minimize risk. What's more, service centers are significantly reducing their resale value in an increasingly competitive environment.

Participants in the supply chain await the end of the annual contract negotiations between auto companies and steelmakers. The semiconductor shortage is expected to continue next year. As a result, automakers are demanding factories to reduce their mandatory supply volumes. However, they are unlikely to be able to prevent a very large rise in contract prices for 2022.

Despite the recent decline, the spot price of sheet steel remains significantly higher than the spot price of such steel products twelve months ago. The profit margins the mills gained from the 2021 deals are volatile given the growing need for decarbonization funding. The completion of the negotiations is expected to clarify the European flat steel market.

Significant volumes of steel imports, especially of Indian origin, were cleared by customs in early October following the opening of EU protective quotas for the fourth quarter of 2021. Traders pay fees on excess of quotas, as some of them have already been fully utilized. This reduces the attractiveness of foreign transactions amid falling domestic prices. In addition, logistical problems persist in both ports and inland freight traffic.

Bid prices from Russian suppliers of hot-rolled steel have decreased by about USD 300 per tonne from their peak in the middle of the year. However, these mills are now withdrawing their quotes for EU customers. They are expected to return to the market with higher bids. Moreover, it is believed that the cost of slabs from the CIS countries has reached the lower limit of the current cycle. The rise will force European rolling mills to try to raise selling prices.

The cost of iron ore fell sharply in August and September when the Chinese authorities announced restrictions on steel production. However, mills' costs remain high as coking coal prices rose sharply over the same period. This is due to a decrease in supply and an increase in speculative activity. In addition, the energy consumption of steel producers is growing. Consequently, European coil prices, as MEPS analysts believe, are approaching the bottom of the current cycle and may start to rise again.